A classified ad offering a Prospector canoe for $40 needing some work but solid? Had to check that one out. Genuine Prospectors dont show up that often, pleasure models are more typical. Today a drive to Peterborough yielded a Model 1434, not far from the Peterborough factory. 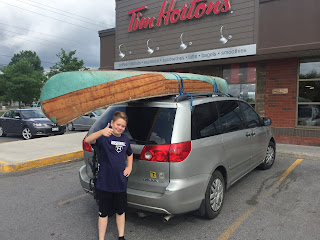 A quick stop at Tim Hortons after pickup 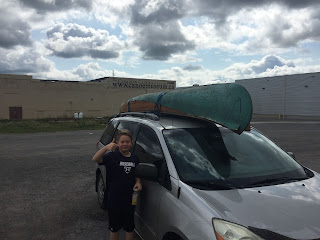 Cant drive to Peterborough without a quick museum stop 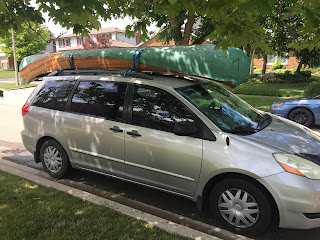 Back home and worth the trip 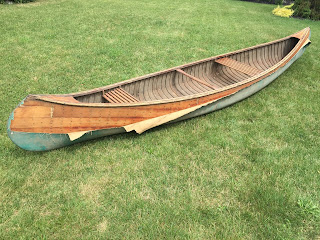 Original boat in its original canvas, solid and not abused 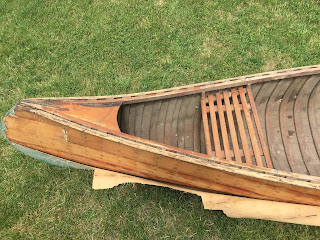 Most likely a wartime model, when cane for weaving seats was generally unavailable hence the slat seats 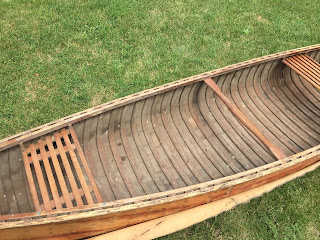 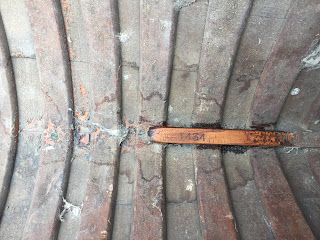 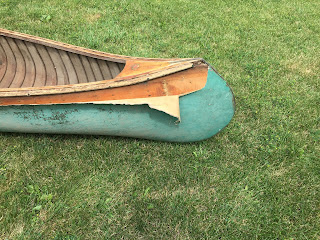 Outwales to be replaced, only part of the boat not solid 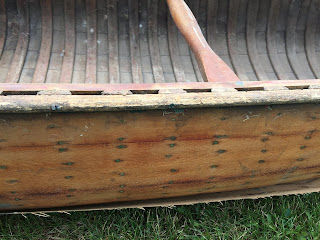 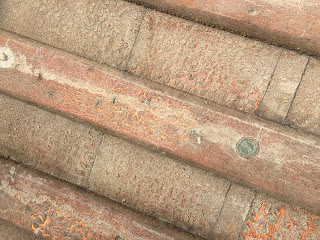 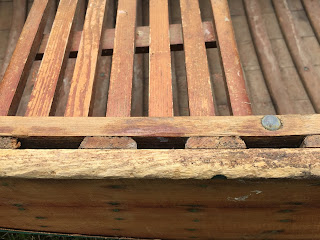 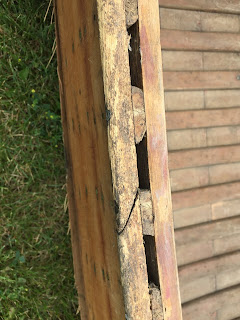 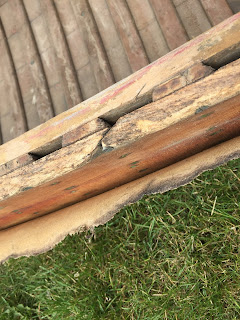 Boat will be an easy and nice restoration, complete with nice vertical grain planking and original stembands and keel will go back on.