The shape is right, on to a second build after the first found a new owner. 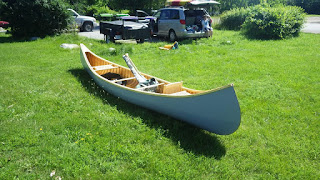 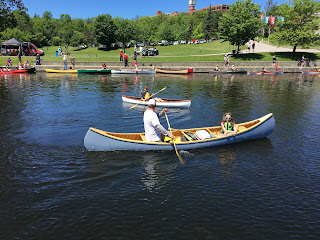 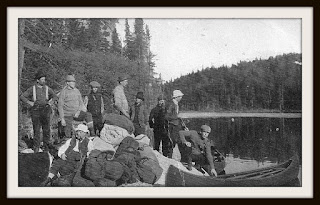 A party being guided by Thomson 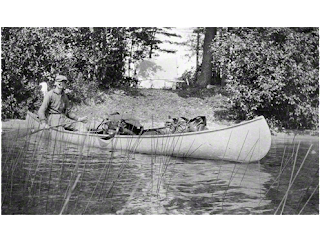 Thomson loaded and heading out 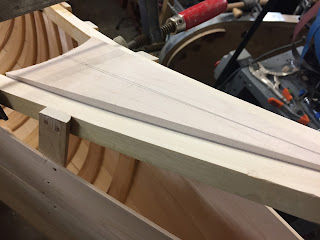 Decks fit before the crown is carved into them 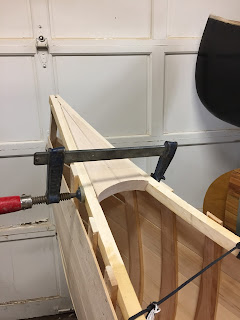 Correct circular cut out, the guide models did not have the heart shaped deck the pleasure models originally had during the early period of construction 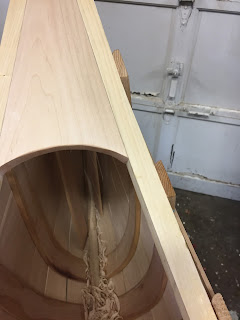 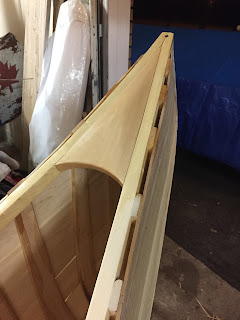 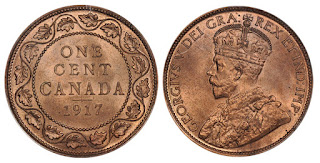 During 1917 when Tom Thomson died in Canoe Lake in Algonquin Park, Canadian currently was largely opposite of what we use today. Nickles and dimes were tiny, and pennies were still large. The small pennies we knew until recently removed from circulation, weren't introduced until 1926.
Measuring at 1" in diameter, a forstner bit makes a perfect countersunk hole to mount in the deck.
A test in an old deck from a past restoration shows well, this will be a nice touch to any future boats we build. 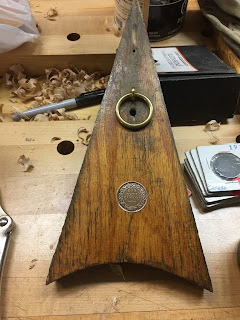 Classier than a decal!