Not the actual one, but the model he used in his later years. First built in the teens through to the last years of the late 70s, this model at 15' had a flat bottom and had a 37" beam making it very stable. Originally marketed as a 50 pound canoe, there were several versions and grades. 1/4" thick ribs helped keep the weight down, along with a single thwart and low sheer.
For anyone unfamiliar, an internet search will generate an excess of information on Grey Owl, one of the most influential Canadian conservationists and author. In fact an Englishman named Archie Belaney, his story came out after his death.
Couldnt pass this one up since we've not had one yet, and only needing some tip work and a smashed rib replaced from a whitewater foray it will be a relatively quick and easy restoration. 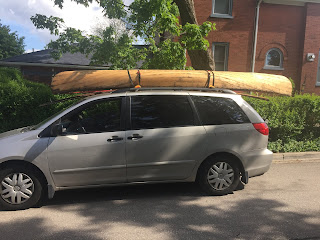 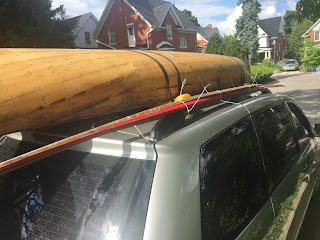 Previous owner removed canvas and rails, and in an unusual twist the rails and keel are useable and will go back on 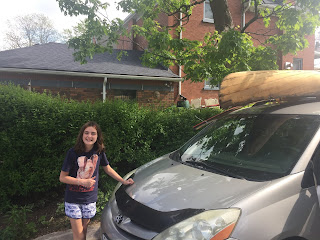 Nice day to retrieve a boat from Kitchener, Ontario 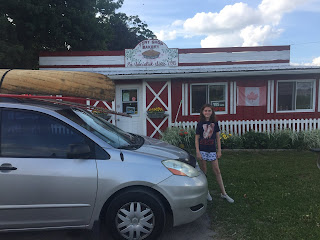 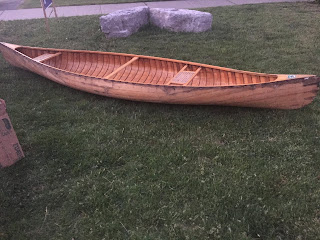 Instantly recongizable as a Chestnut Bobs 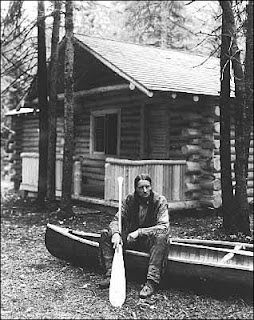 Grey Owl in front of his cabin 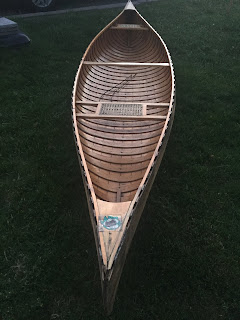 Beamy, yet the thwart is 1-2" too short as there is a slightly flat run along the gunwale where the thwart pulls the sides in 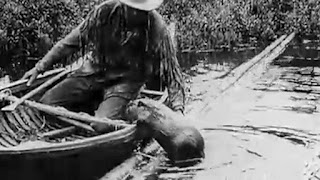 Wide and stable enough for a beaver to board 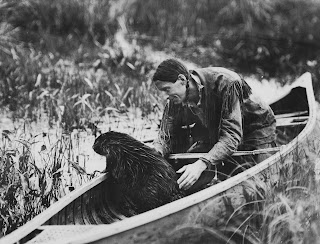 Another shot showing the stability and width 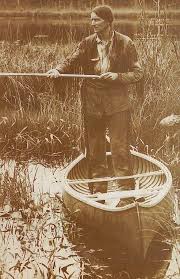 Stable enough to stand in, should you need to , even to pole it. 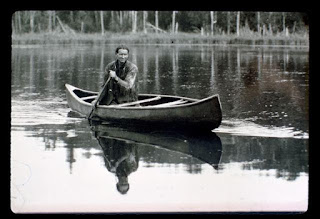 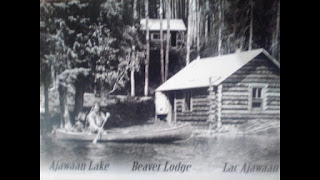 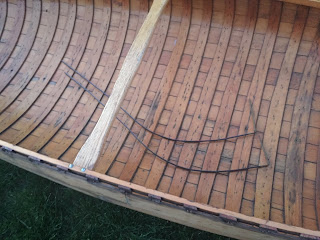 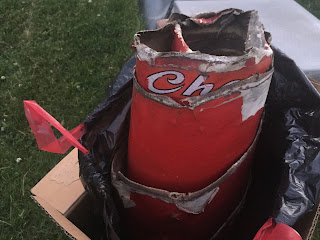 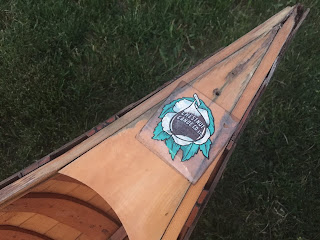 Fredericton decal, putting the boat ahead of the last days when the factory was moved to Oromocto . Maple deck with plain cut out - to be replaced with the earlier style crowned deck with heart cut out 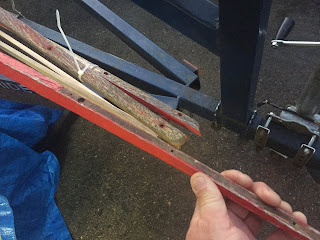 Hardwood keel, installed to add some strength and rigidity to the lightly built hull 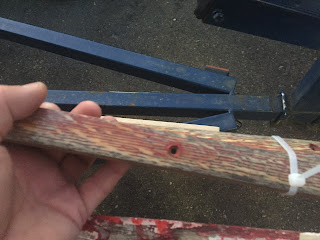 In later years several wood species would be used in one boat, this one was built with maple decks, ash thwart and seats, spruce rails and oak outer rails. 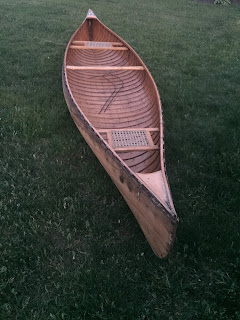