Our General 190 will be fully restored one day, but for now we just need it to cut well and be reliable for everything from regular cuts to resawing for planking, ribs etc. Built in 1966 when cast iron was the norm, these machines will last for generations compared to todays plastic and aluminum offerings.  A quick visit to R&D Bandsaws in  Brampton, Ontario provided all the necessary parts. A great company, their blades are excellent quality.
https://www.tufftooth.com/

A brief history of General below, from http://www.vintagemachinery.org

For many years General was the dominant maker of light industrial woodworking machinery in Canada. In 1982, their production of woodworking machinery was 5,000 machines per year. Besides woodworking machinery, at one time they produced hydro towers and highway guard rails.
General began in 1945 as a family business reportedly producing machines under contract from Porter-Cable; the General Manufacturing Co., Ltd. name was first used in 1947.
In 1987, General bought Jos. Poitras & Sons, Ltd., another respected Quebec maker of woodworking machinery. Some machines still survive from the Poitras line: the V-154 14" radial arm saw,the 2800-B 3/4" spindle shaper (recently discontinued), the SS-032 1 1/4" shaper and the No 1 and No 4 exhausters. All of these machines are labeled with both the General and Poitras names.
Poitras had, in turn, purchased Joseph Côté, Inc.. So far as we know, none of the Côté designs survive in General's product catalog.
General's Model 220 hollow-chisel mortiser design was purchased from Yates American.
General briefly sold a 4" jointer that is identical to the Craftmaster 4" jointer made by Henry Power Tools, Ltd. We do not know if this was a temporary arrangement or if General bought the line from Henry Power Tools.
The rarely-seen 3501 sliding-table accessory (which fit most 10" tablesaws, including the Model 350-1 General tablesaw) was made by Robland. In 2003 General bought Sommerville Design, the makers of the Excalibur line of scroll saws and accessories, including a sliding table that was better suited than the Robland to handling sheet goods.
In June 2012 General announced that they were ceasing the manufacture of machinery in Canada and would henceforth only carry their General International line of Taiwanese-made machinery.

The following list summarizes some clues in dating General machines 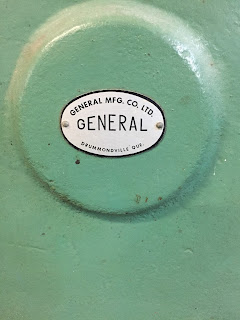 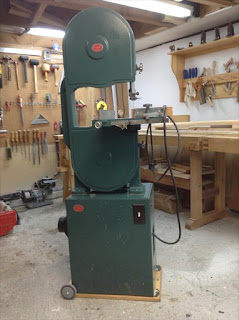 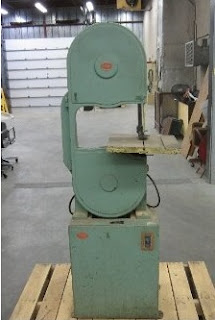 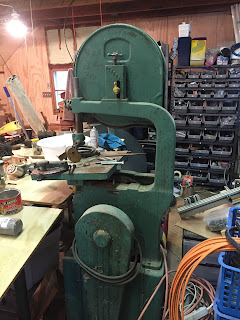 Cast iron construction,no plastic on these 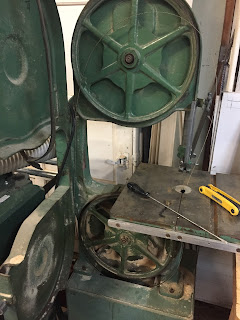 As found, needing a basic tune up 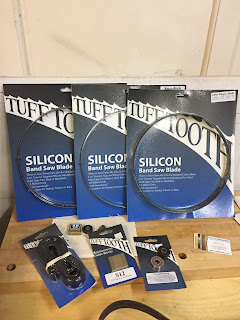 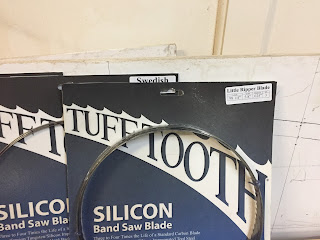 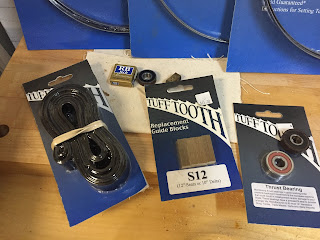 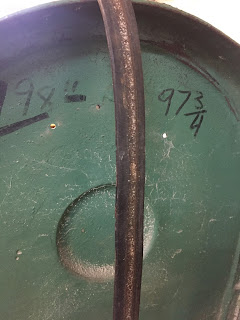 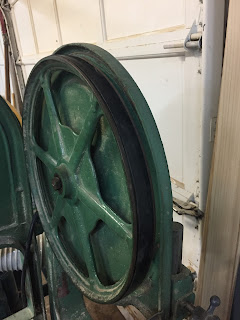 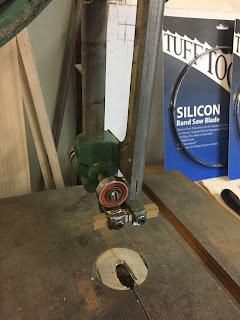 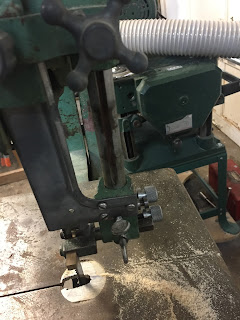 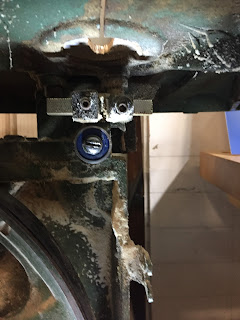 Running in tires and setting clearances

Cutting straight and true. Off to work for another couple of decades, until it can take a break for a new paint job