Today provided great weather for a drive to collect materials and a strip canoe form. The box trailer is still apart, so hook the boat trailer to the van and collect Rob and off we go. First stop is a new contact sawyer with a lot of ambrosia maple in 4/4, 6/4 and 8/4.  Prices were too good to pass up, and he had live edge slabs suitable for furniture and such so a big piece came home as well.
The next cruiser off the form will be trimmed with wormy maple. Not totally out of line with authenticity, as guide models were not built with materials not as selected as the first grade, and we've restored Chestnuts and Peterboroughs with everything from curly maple to birdseye. A few pieces of elm rounded out the pile, and we headed to collect the form.

A retired teacher had advertised the form for free to pick up, and its going to the local middle school for grade 7s and 8s to form a club to construct a canoe during the school year. 14'5'' long, with a modern stem and waterline, flat sheer, its reminiscent of a sleeker solo boat, along the lines of a Swift Osprey.
Currently 28" width and 11" deep, against the Oprey's width of 29" width and 26" gunwale width.

What causes ambrosia maple?
the lumberman's term for this product has been wormy maple. The appearance is actually caused by Ambrosia beetle that carries a fungus on its legs that causes the discolouration. The holes are due to the beetle boring through the living wood. 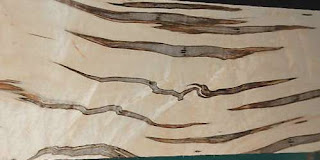 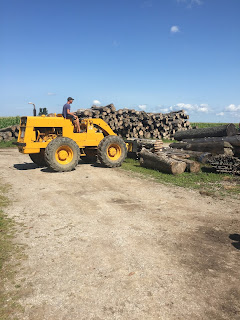 One big load of logs 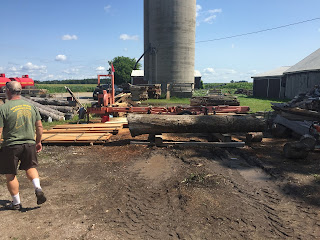 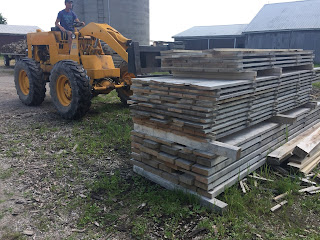 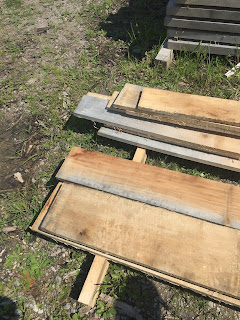 Starting to build a pile 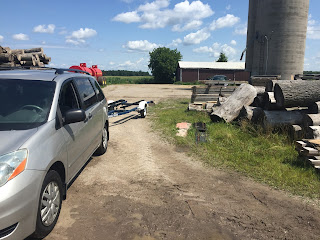 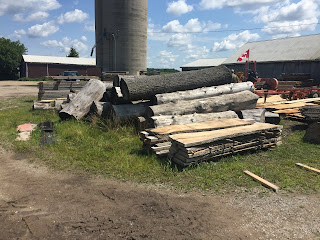 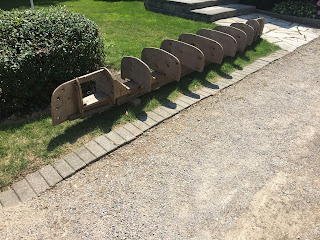 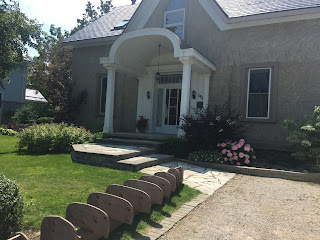 Pick up at an historic house circa 1875 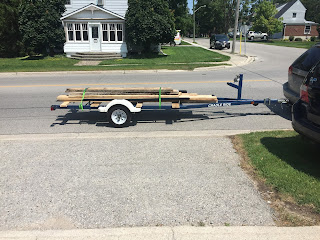 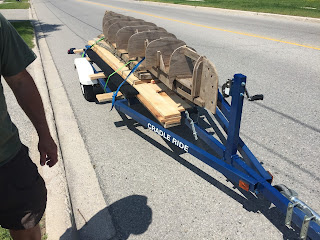