From
http://www.ottertooth.com/Temagami/Sites/tem_canoe_shop.htm,
Temagami Canoe Company, located in the village of Temagami, is Canada's second oldest canoe builder.* It is dedicated to wood-canvas canoe construction.
Although it says on the building facade that it was established in 1929, it was actually started in 1928 by William "Bill" Ernest Smith. The following year it became a business partnership with the addition of Henry Black, a Chicago freight agent with the Pennsylvania Railroad. They signed the papers on October 10, 18 days before the crash on Black Monday.
The company was bought by Steve and John Kilbridge in 1978 from Smith. Today it is operated by John. The old shop (left) was built in 1931. It still contains the old boiler for generating steam to run the saws and soften the ribs for bending.
Contact John Kilbridge at 705-569-3777


Wanting one of these boats for some time, i've only come across one i could identify, at too high a price for a boat needing a restoration. Another claimed to be one but with no identifying marks, and not being familiar with their features, i couldnt be certain so passed on it. 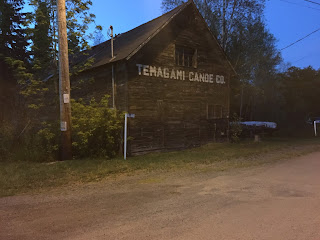 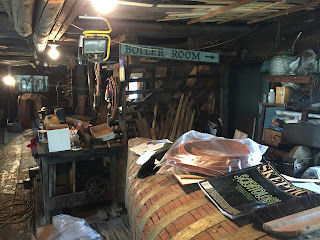 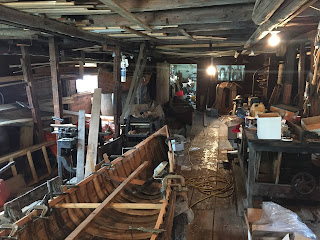 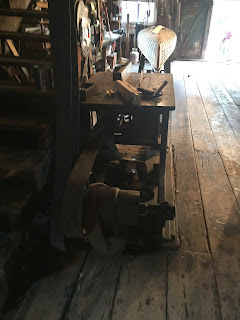 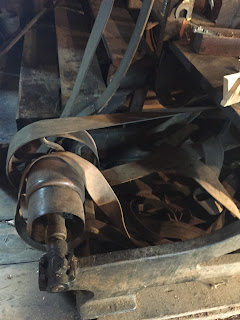 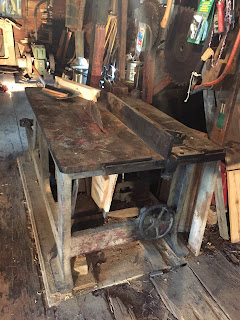 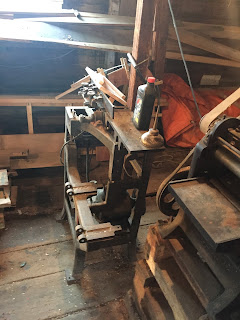 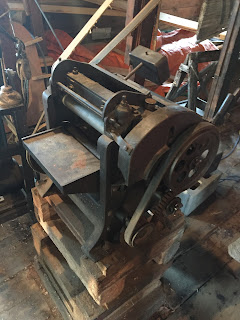 Meeting John and getting a tour of his operation along with the history of the company, a chance encounter with a customer led to a ride to a cabin on a local lake to see the boat they had come to the shop to inquire about selling.
After WWII, the owners father had purchased the boat from BIll Smith after buying the property. Repaired some 20 years ago by John, it was time to move it on. 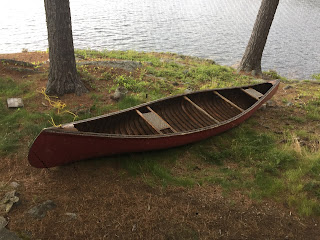 Largely original, as built by Bill Smith, a 16' Temagami Special. Largely based on a Chestnut or Peterborough design, but altered accordingly. 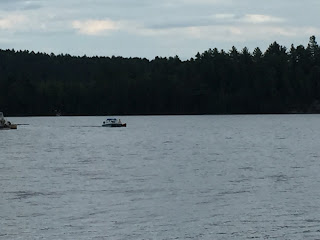 After a deal had been struck, they agreed to bring the boat from the water access property to the local landing. 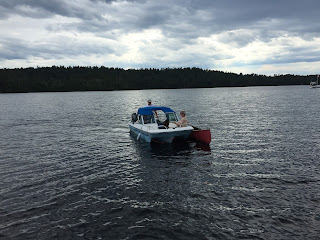 Tied alongside, it made the trip of a little over a mile. 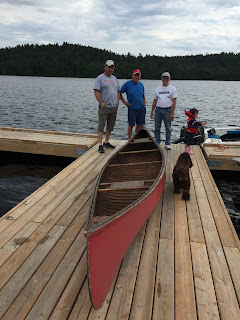 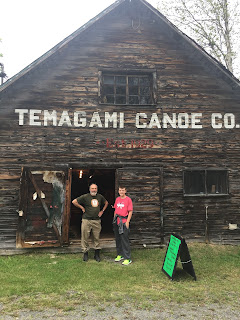 John in front of his shop posing with us tourists. 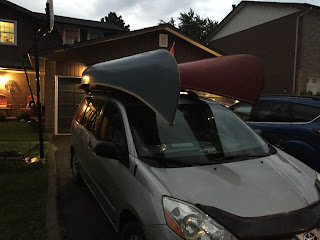 Arriving home to be restored 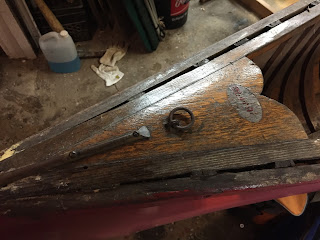 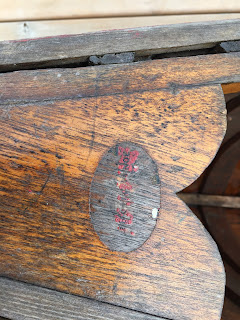 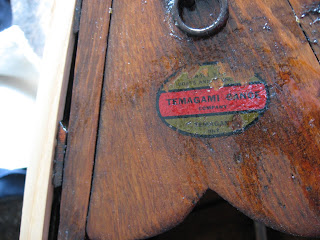 Original deck decal, to be reproduced. 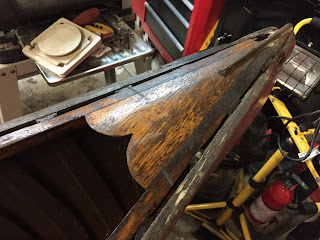 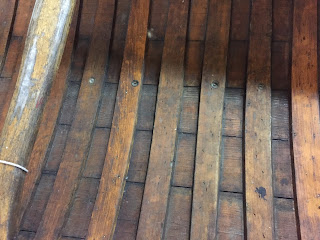 Keel screws in groups of 2 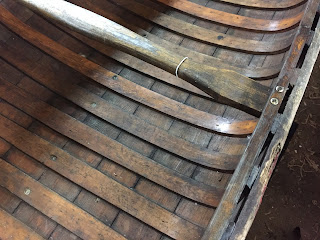 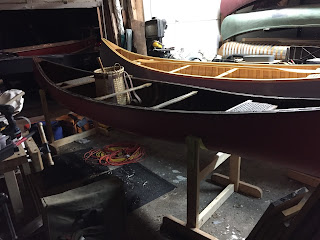 Settled in for restoration 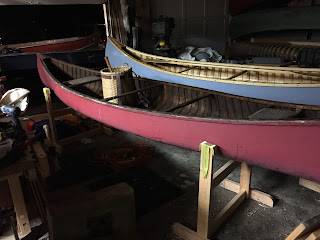 to be updated as work begins