Tons written about the development of this boat, the ultimate evolution of the antique 16/30, updated as a planing hull with a modern rig. This post isnt about their history, development or even current state. This will be an entry about the restoration of my hull, formerly named 'Rosy Cheeks'. Apparently there was a trend of naming the boats to allude to a sore rear end, after having spent much time sliding about on the hiking board.
A modern planing hull, but still 1980s vintage, she wont be competitive from a racing perspective, but thrilling nonetheless. No collection of sailing canoes would be complete without the ultimate evolution of the craft.

Late 1800s lines, quick but a displacement hull of course 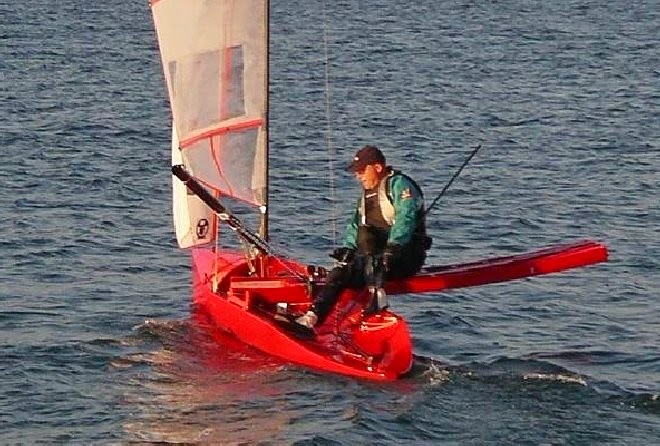 One big sliding seat, still true to the origins of the design. The 10sq metre class evolved directly out of the early 16/30 boats, but Uffa Fox and the first sloop rigged planing hulls in the 1930s changed the design forever. 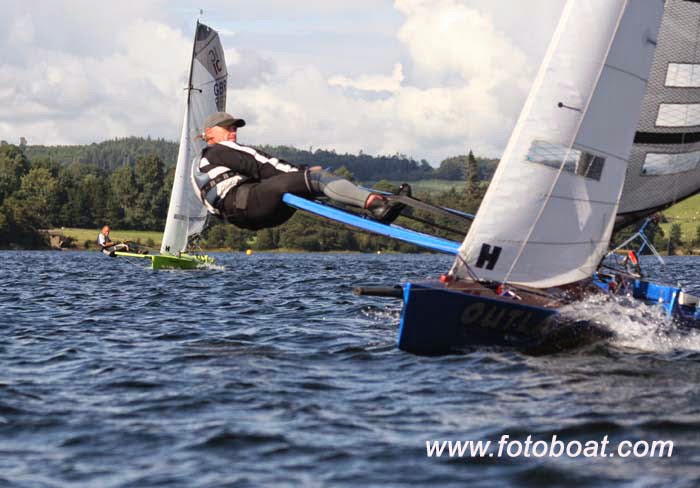 What we aspire to! 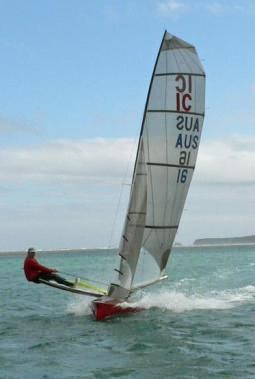 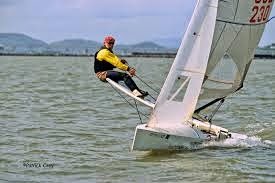 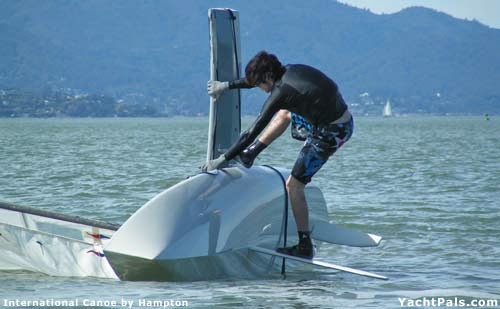 Sometimes not so graceful.  I expect to see the underside frequently - I was told that if you want people to recognize your boat, paint the number on the bottom. Seems accurate. 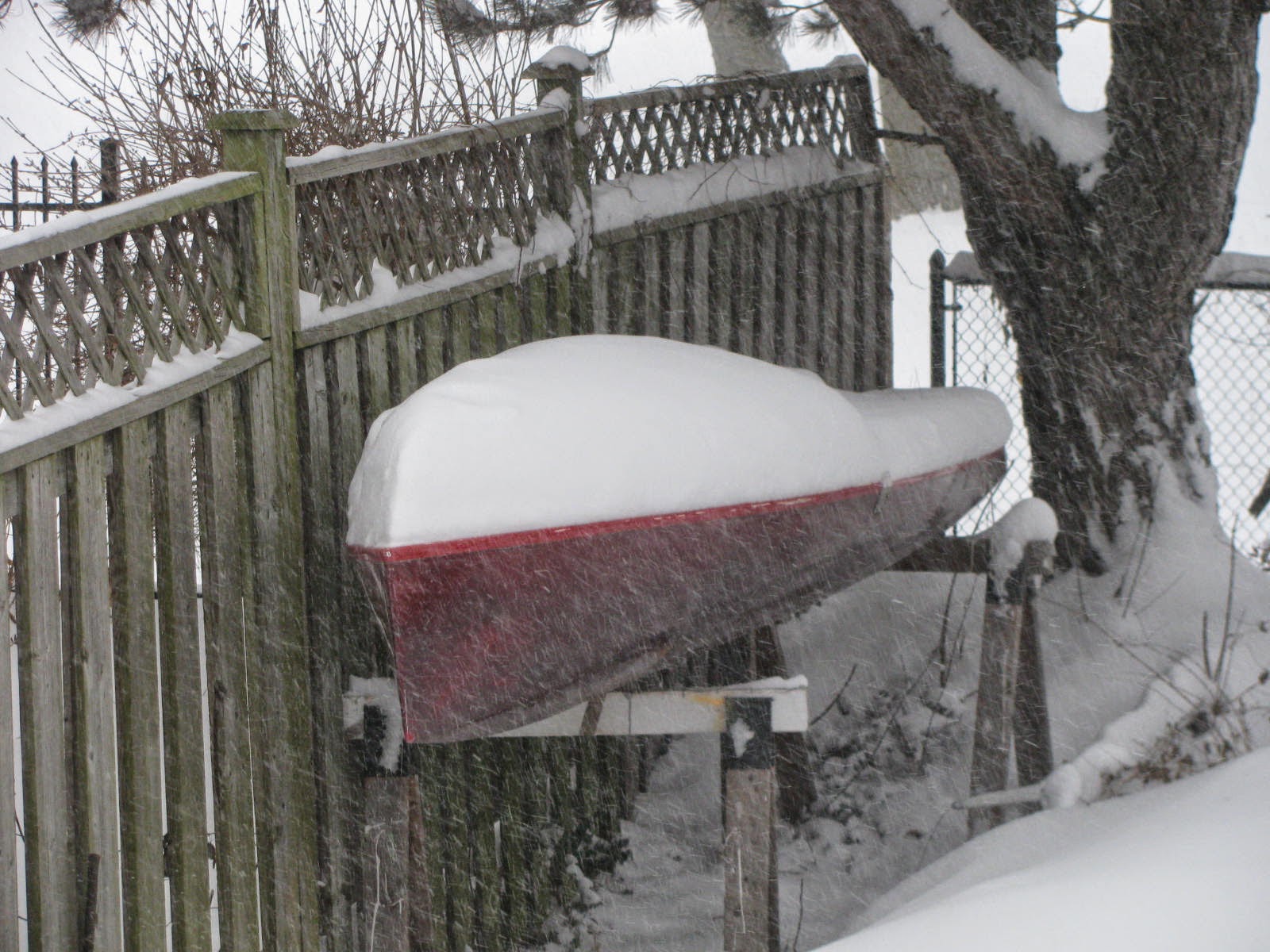 Yes i should have covered her, but by the time it was too late she was full of snow. 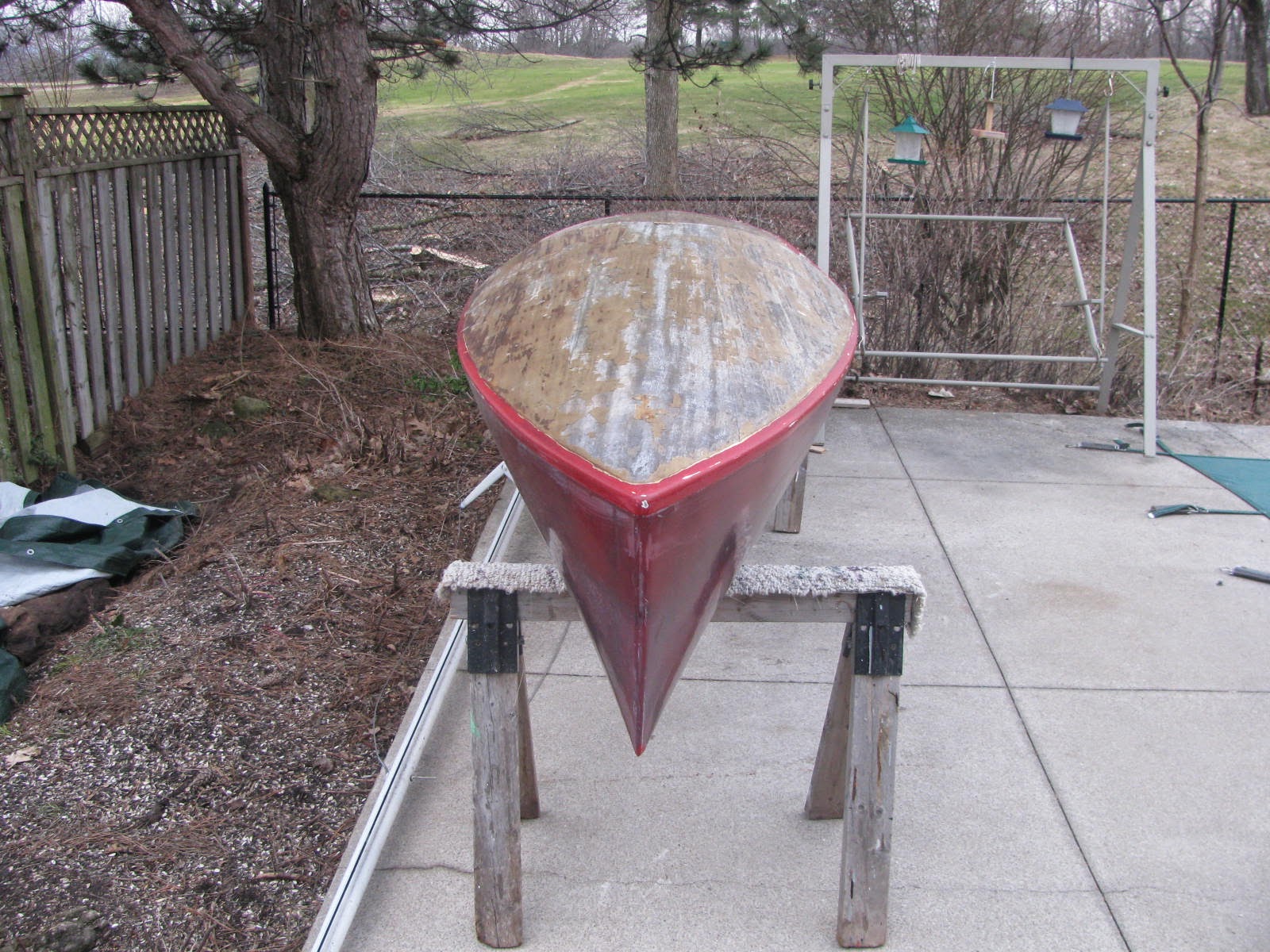 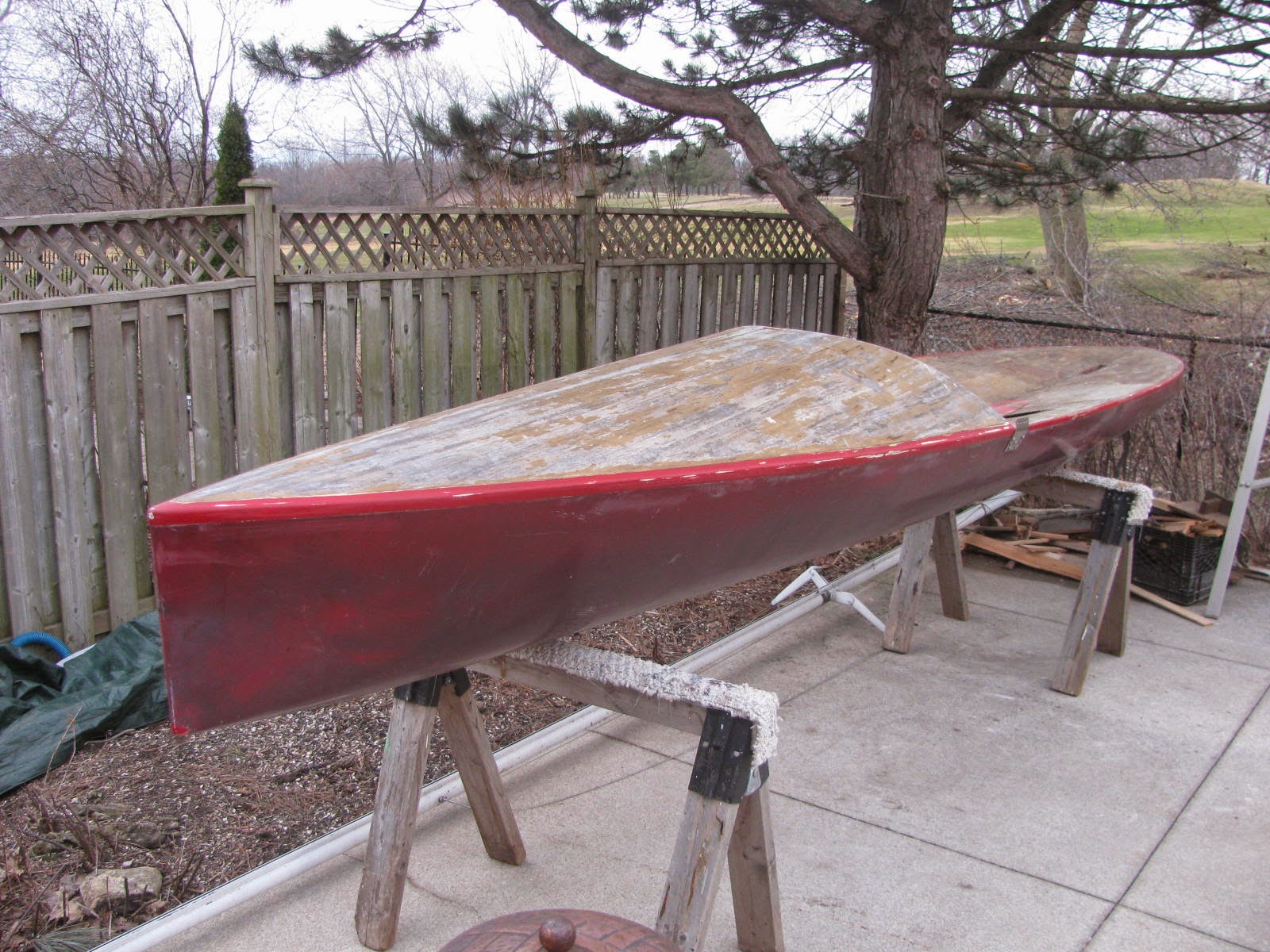 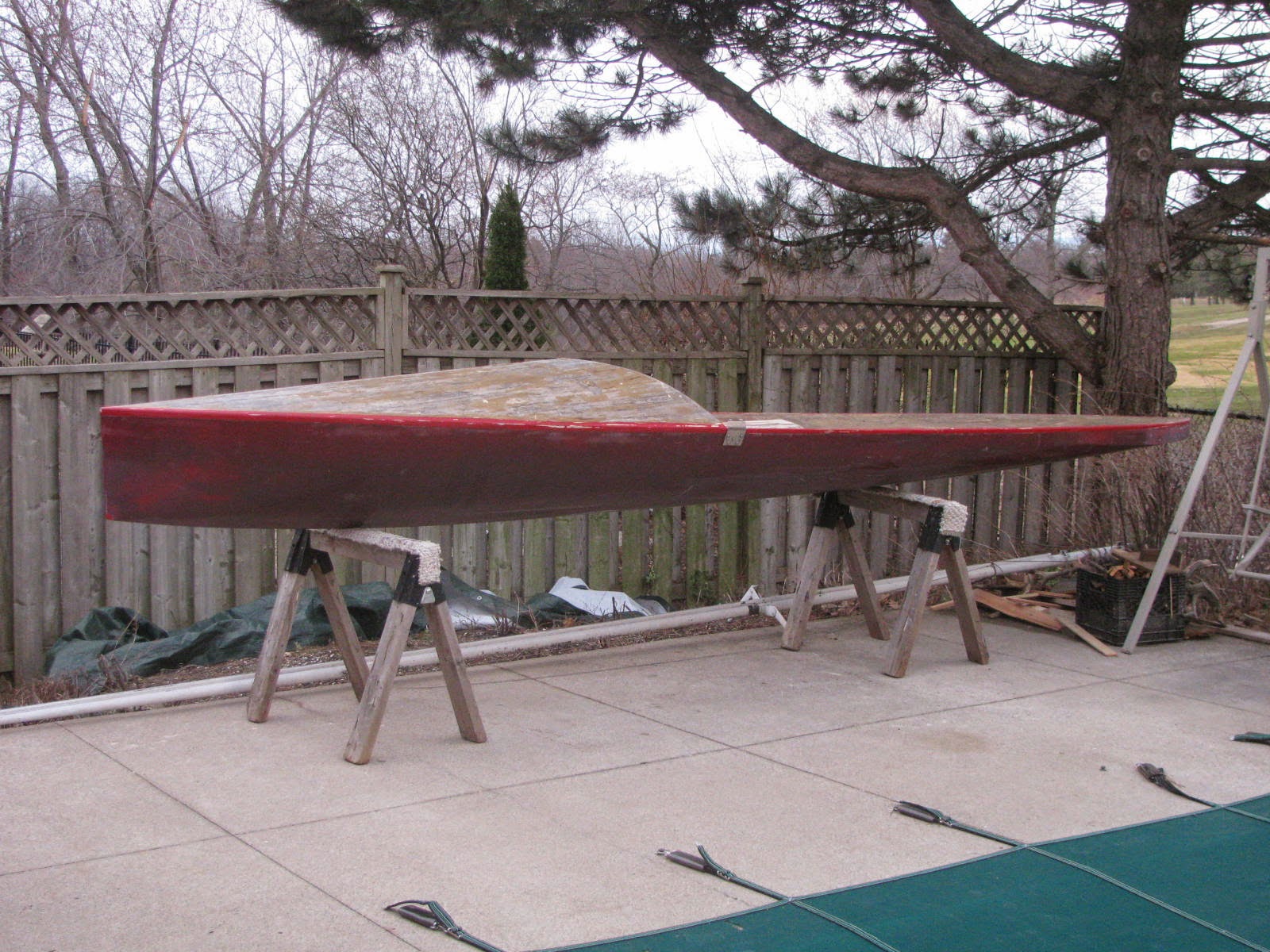 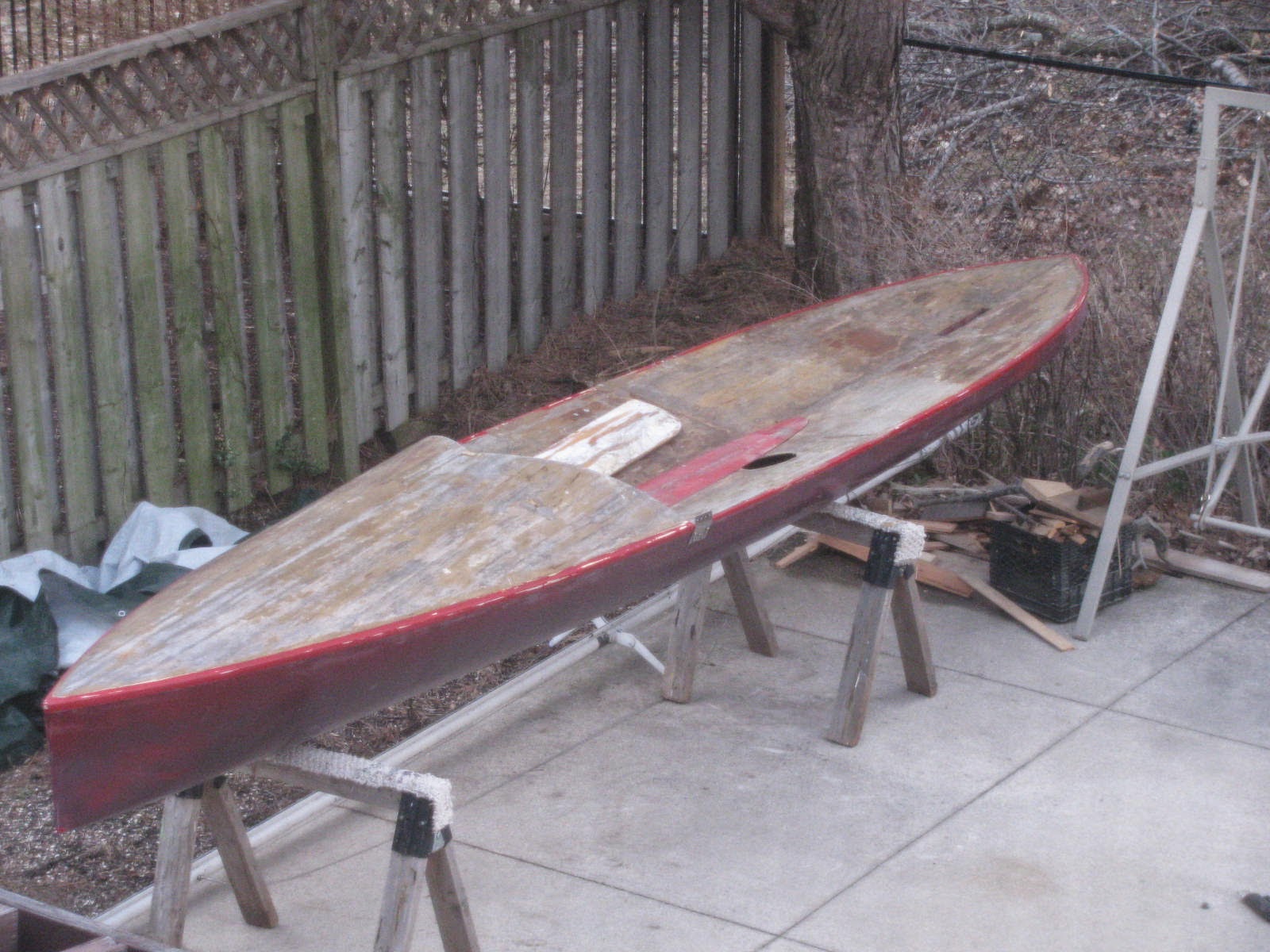 She will shine, but wont show anymore wood after 'glassing and painting. 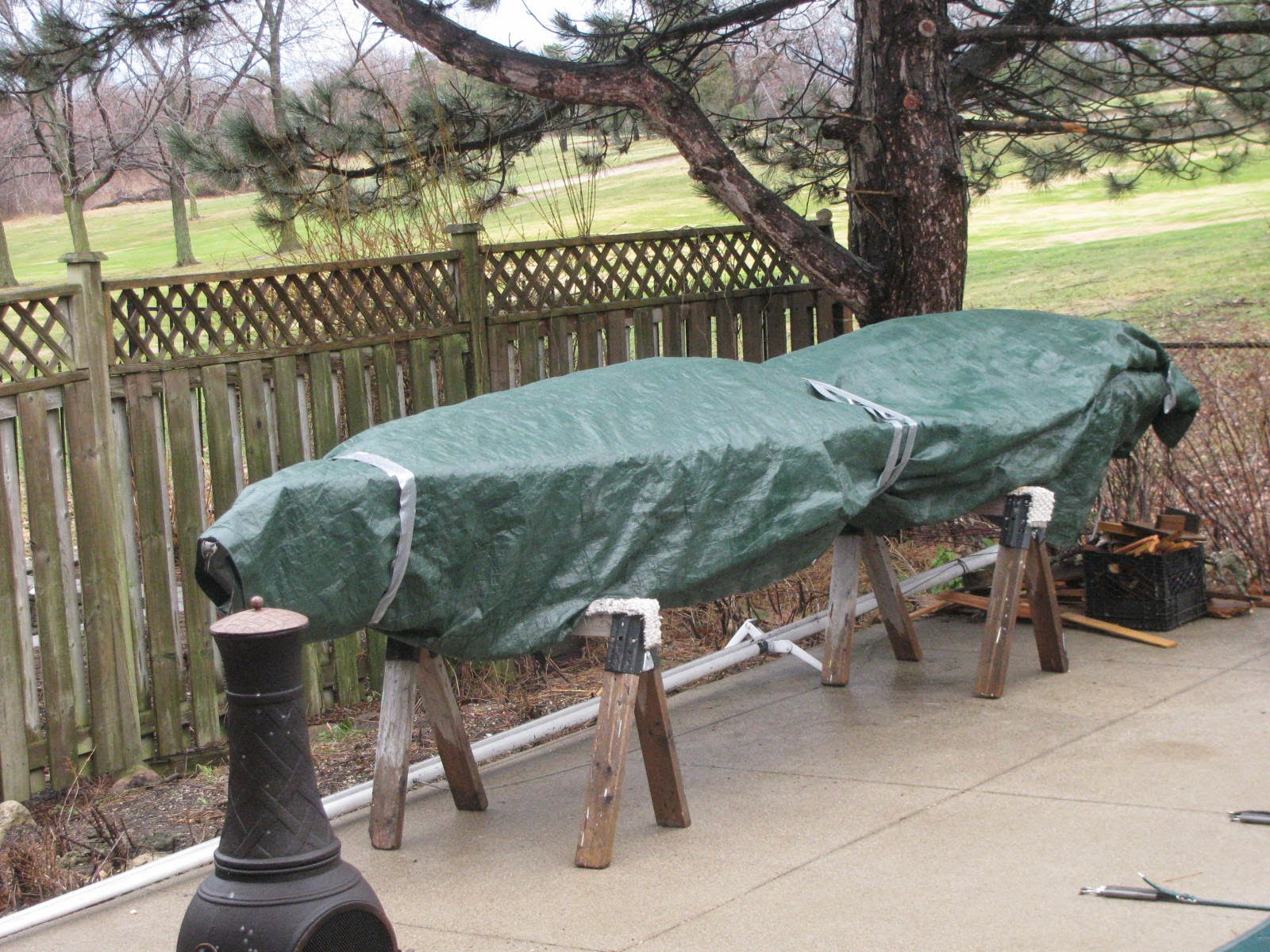 Once she dried out again, the tarp came out to save any further deterioration since the ply was still sound. 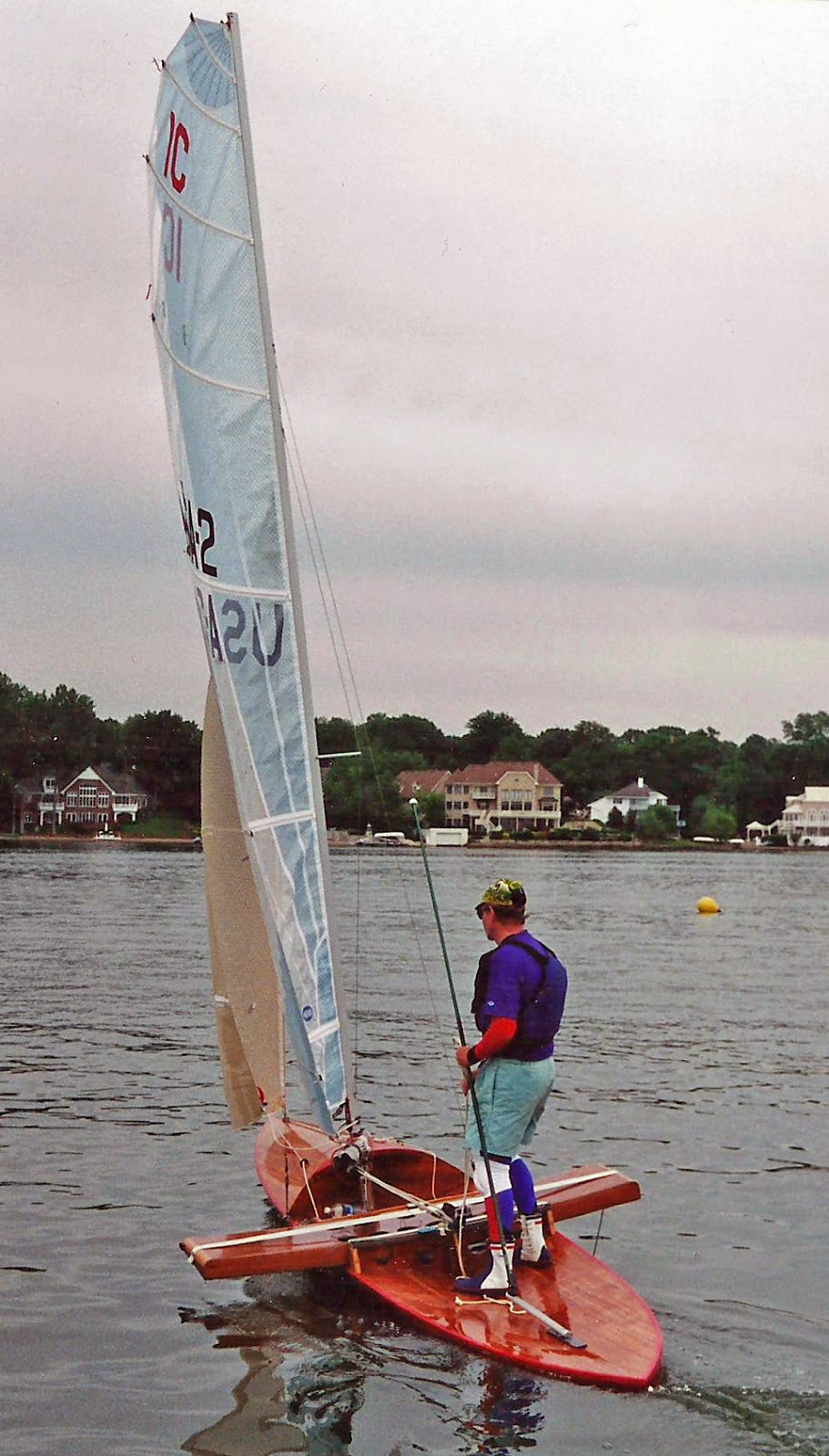 Today we were luck enough to get a call from Rod Mincher, who owned and campaigned Rosy Cheeks, officially US132. He sent a shot of her in her heyday, and might have some more. She'll live to sail again!

Hi there
I also have an old King Ferry Canoe #122, that is in pretty good shape, and Rod also commented that he knew the original owner.

One question - do you think they are heavier than they look?? I can't get into the front compartment without cutting out an inspection port, but wondered if there was a chance of water absorbtion, as in hot-tub covers, over the years. No idea if or how much foam there might be in there..