We received an inquiry from a customer inquiring about a 14' canoe we had for sale, they were looking for a 12' for a project they were working on. A restaurant/bar in Toronto was to have an outdoors theme that would need a canoe. It was to be used to house a sink we were told, and the space could only accommodate up to a 12' boat. The 14'  would of course not work, so the decision was made to shorten it as it was for display only and would no longer need to be waterworthy. The 14 was a 1950s Peterborough, still in fine condition and awaiting restoration. Additionally, it had green paint on the gunwales and didnt have the sort of rough patina that they were seeking. We offered up a 15' Prospector that was tired but would look terrific, and a deal was struck to shorten it to just under 12'.
It was time to dig it out of the snow... 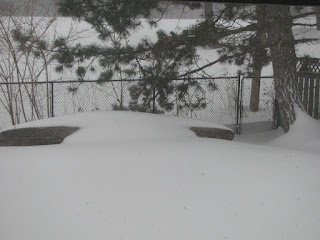 Tripped hard, this boat bears the scars of a lot of miles and several rebuilds. 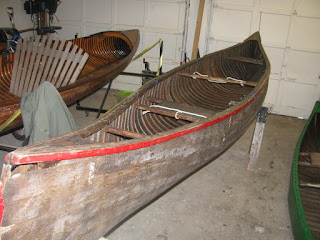 Never able to decipher the carvings on the deck and gunwales, we had some fun coming up with meanings for them (which they would never stand for!) 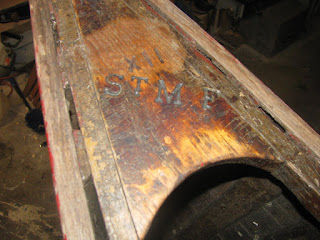 Pre-surgery, the seats needed to come out and the thwart would stay in the 4' section being taken out. 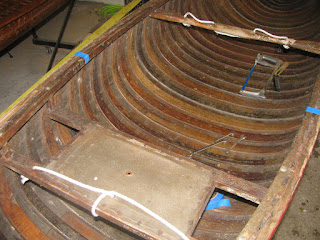 Done! Didnt take long to get through it! 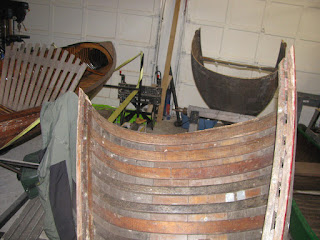 What have we done! will it go back together? 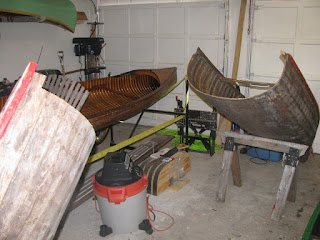 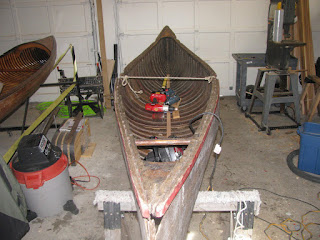 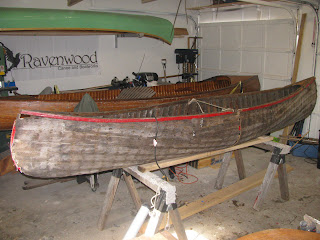 pulled back into rough shape, an ash gunwale will be placed under to help create a sweet shape along the gunwale, and to provide some rigidity that the missing thwart and seats had contributed 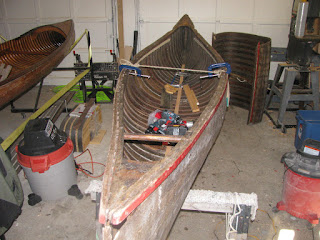 Battening the hull before setting gunwale joint and replanking 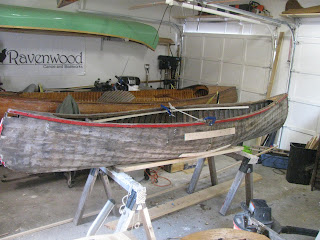 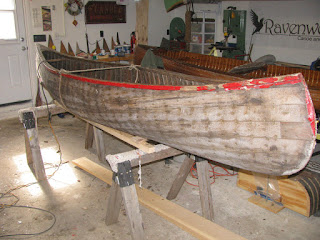 A big section of boat gone! 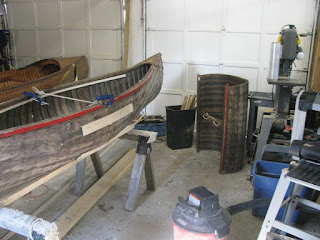 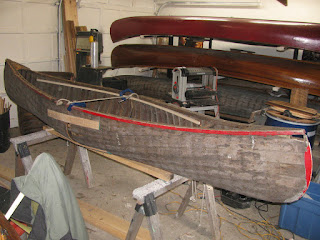 Planking and finish left to do 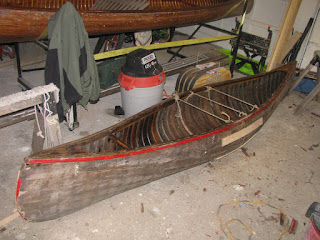 Completed boat awaiting pickup! Never meant for the water again of course, but a great prop to become a static fixture. 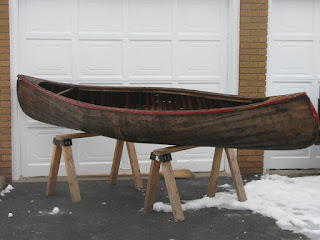 If you have a project in mind or need something specific that you are having trouble locating or that just cant be found, give us a call. We would be pleased to explore just about anything you can come up with.