Sometimes you find the greatest things in your own backyard.
This past week i met a fellow who has restored antique canoes, and mentioned he had an antique boat he would consider selling. Always eager to discover a new or different boat, i took him up on his offer and paid a visit to his home in another part of the subdivison, where he showed me some fine restored canoes, a building form and this old girl. 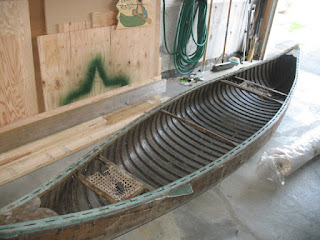 The boat took some detective work to identify, but in the end it is believed to be an early Canadian Canoe Company boat from 1916 or `17. What was immediately apparent were the steel tacks used in its construction rather than brass. The boat displays fine construction and details which place it before the 40s, when during WW2 scrap drives also saw a lot of steel used as brass was collected for the war effort. Nevertheless, several other details demonstrated that this was a boat built in the early part of the century. 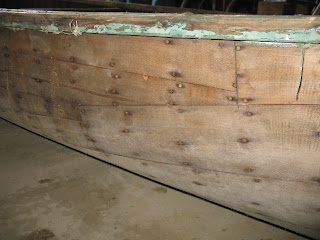 The deck is  provided some clues as well, and although Chestnut and Peterborough also used heart shaped decks, it would have demonstrated holes from the brad nails used to secure a brass plate if Peterborough had built it. Moreover, it lacked some features of early Chestnut construction, however was consistent with surviving early examples of the Canadian Canoe Co. 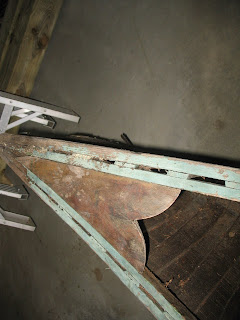 Some great characteristics also include 4`` western red cedar, bevelled inwales, no keel and significant tumblehome, along with slender thwarts. 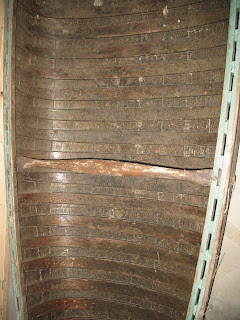