The Swampscott dory is a traditional fishing boat, used during the middle of the 19th century by fishing villages along the North Shore coast of Massachsetts centered on Swampscott. It is designed to be launched off the beach. Dories were generally built by the fishermen themselves in the off season and later by more organized boatyards.] The rounded hull provides more buoyancy for launching through surf than the slab sided banks dory. The flat bottom allows the boat to sit upright on the beach. The lack of a keel keeps the boat from being grabbed by a wave and allows the boat to pass cleanly through the surf. The boat still heels easily which allows large fish to be rolled into the boat vs having to lift the fish completely up over the gunnel.
The Swampscott dory is a melding of the earlier Wherry design Banks dory and the river bateau, which later led to new construction techniques used in the mass production of the.Swampscott dories are built with rounded sides and slightly less overhang stern than a banks dory. Swampscott dories are generally from 14 to 18 ft in length, the longer boat being rowed by two oarsmen.
Eventually the Swampscott dory developed into a recreational sailboat as well, known as the clipper dory, and then the alpha and beachcomber dory. These inexpensive sailboats were raced along the coast of Massachusetts during the early part of the 20th century. The sail rig was typically a Leg of Mutton and small jib on an unstayed mast.

Done with canoes? Not by a long shot, but moving in the direction of sailing and rowing craft to bring along more guests and enjoy bigger waters. Still knock off a Cruiser canoe from the form now and again, but this will be the winter project for a spring (re)launch. 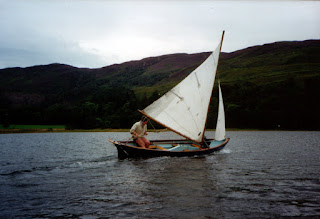 Under sail, moving along 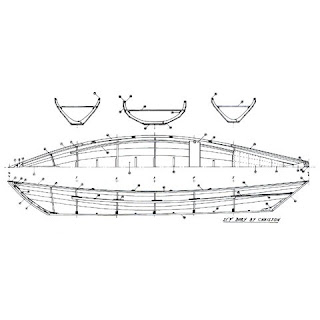 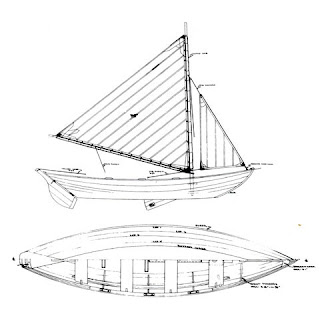 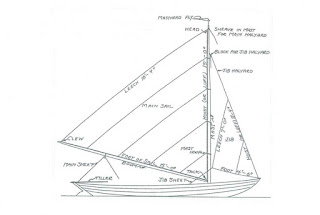 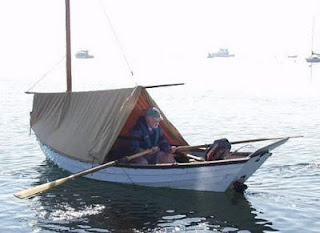 Even good for camp cruising 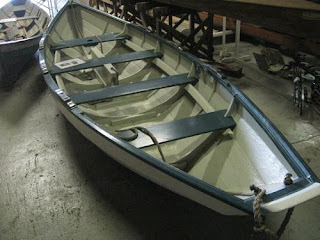 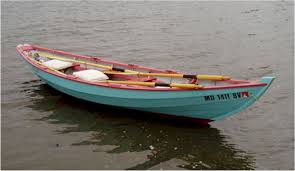 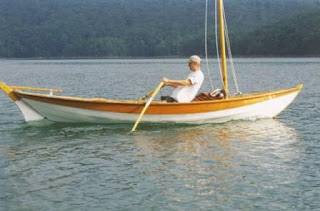 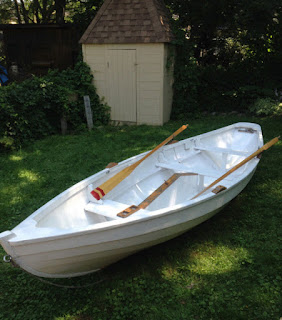 Our boat as found. Solidly built, though not fuss in the details.  Too long outside upside down under a tarp has created some problem areas. 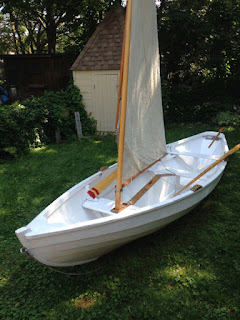 Undersized sail rig, new one to be built. 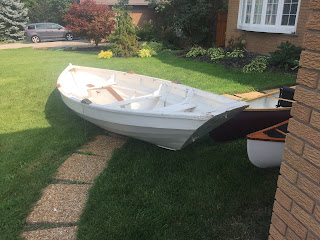 Nice raked transom, boat is a lot heavier to move than a canoe! 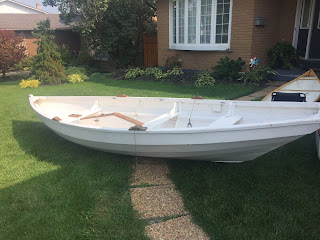 Some bright finished wood will dress it up during the rebuild. Rails, seats, knees, breasthook will be replaced and varnished 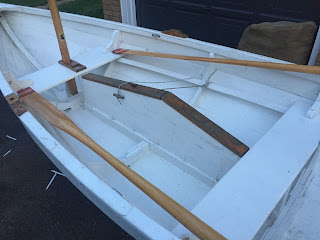 Centerboard trunk to come out to rebuild the bottom pine plank that has soft spots and some rot. 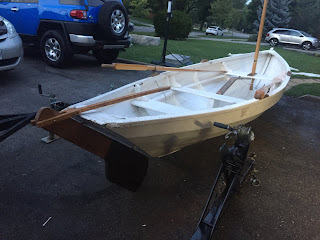 New rudder and tiller coming, to compliment the traditional shape.
at 17:38