Time to drag out the form and put one together for the Gr8 homeroom teacher. Good teachers just make you want to build... 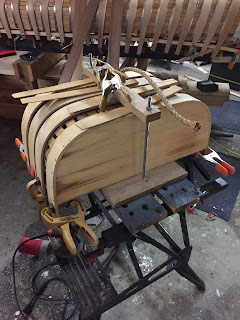 Leftover big pine from what was used to plank the form. A really kool piece was kept for the lid 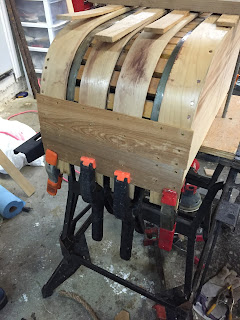 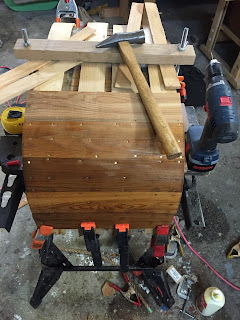 Making the turn around the bottom 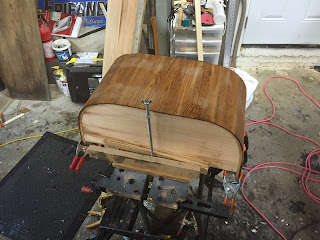 Planked and ready to lift from the form. 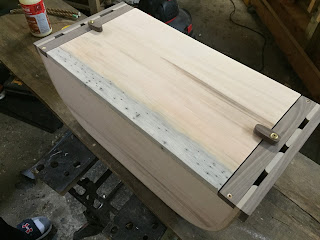 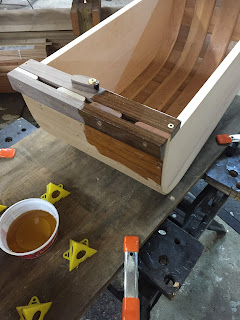 That satisfying moment when the oil hits the sanded wood 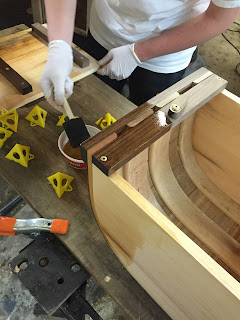 Oiled inside and out, 3 coats rubbed and paste furniture wax rather than varnish 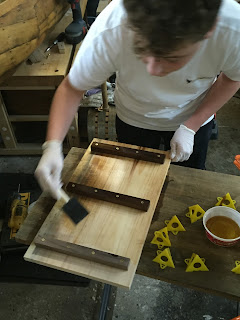 The apprentice oiling the lid next 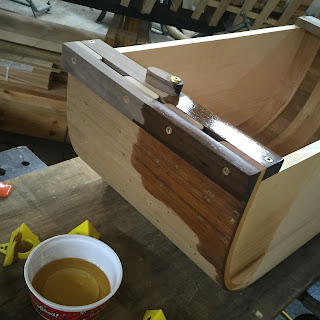 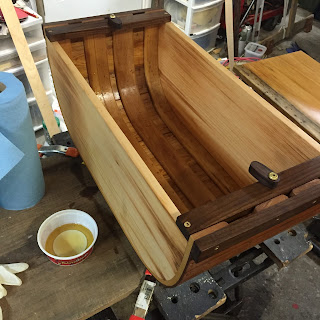 Second coat of oil soaking in 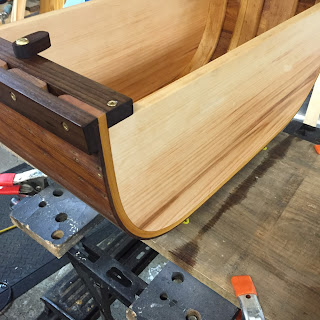 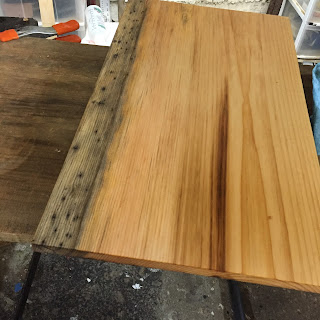