The van snags another one, this time from Maine on a family trip to visit relatives. Found on a whim looking on Craigslist a week prior to leaving, this canoe exhibited features identifying it as a very early canoe, seemingly from the era when cedar canvas construction began to overtake birchbark constructionnd drew its influences from the former.
The boat came from a family camp purchased by the sellers Grandfather in 1925, with the original lease on the property dating to 1895.  All that is known is that the boat was at the camp in 1925 and had been for some  years.   Best guess at the WCHA annual assembly this summer was a build date of approximately 1895, or thereabouts.  The boat has features common with EH Gerrish canoes, such as the deck and seats, and has ribs taperd in width as well as thickness after the turn of the bilge like an EM White, though isnt thought to have been built by either.
A true survivor, it survived hard use and rot by living high in the rafters for years. It also managed to avoid fiberglass, and appears to be in its original canvas. Aside from some stem damage, it displays the usual alligatored varnish and cracking canvas paint, along with gunwale caps that had been crudely done.
More photos to follow of the boats specific details. 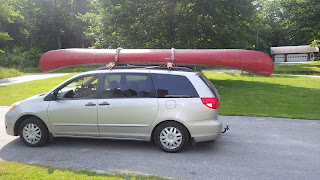 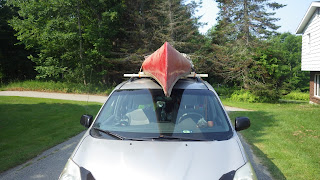 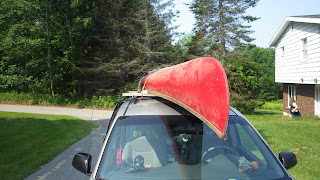 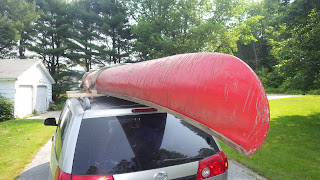 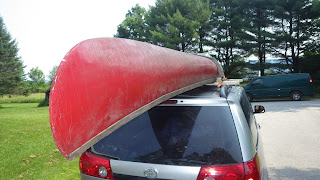 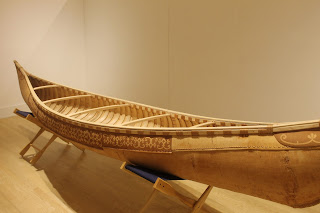 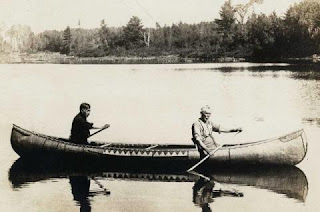 Penobscot birch on the water, showing almost the same lines 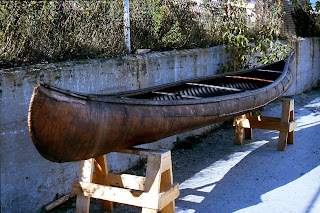 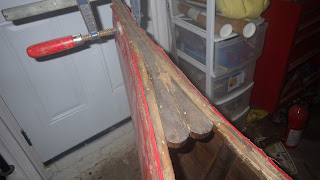 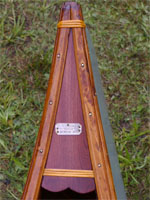 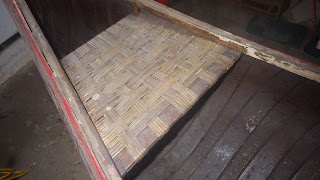 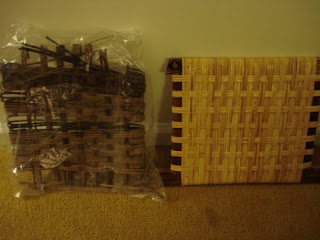 Early seats from a Gerrish canoe after restoration 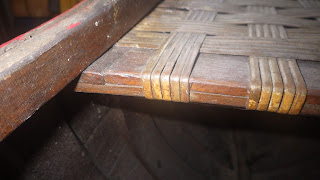 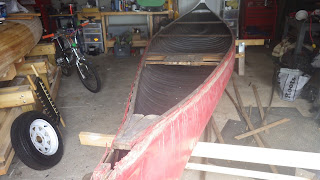 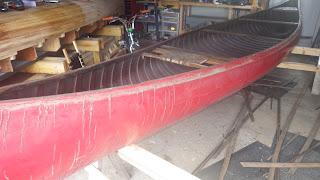 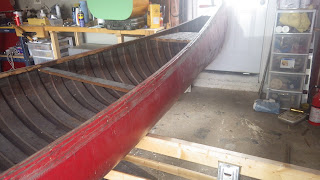 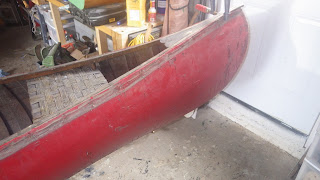 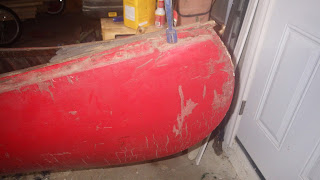 Rails extend past the stems as with early eastern canoes 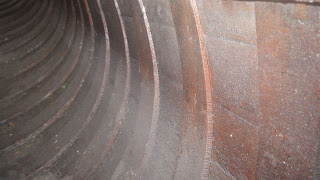 Ribs taper in thickness through the turn of the bilge, an EM White characteristic - apparently done by whoever built this as well, as it is not a White.