All sanded and ready for finish, this nice looking box has sides laminated from American Chestnut offcuts, with a centre section of ambrosia maple, and two stripes of African Mahogany to highlight the contrast. Inner rails are Ambrosia Maple, outers are Chestnut. White cedar ribs, and planking is red cedar. 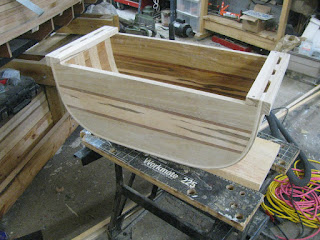 Sanded and ready for oil 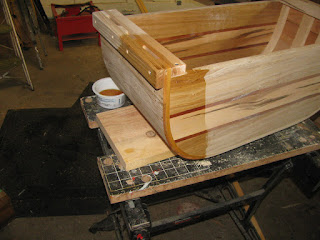 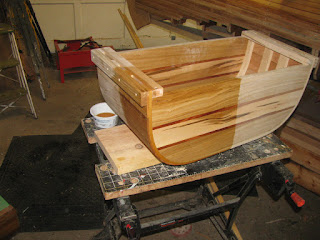 Soaking up and showing off. 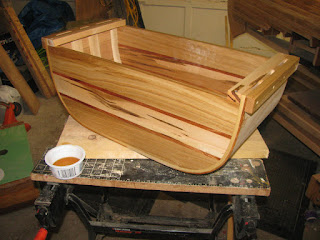 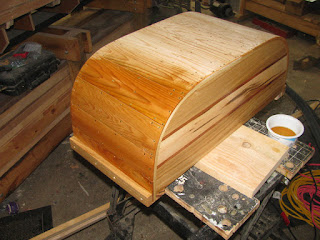 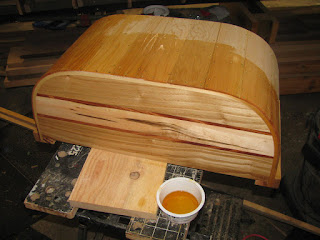 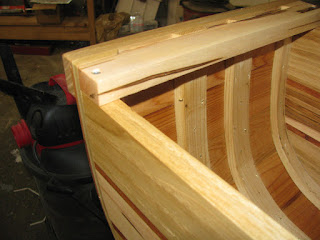 Markings on the maple. From the web, information on wormy silver maple:

Ambrosia maple comes from regular soft maple and Hard Maple trees that have been infested by the ambrosia beetle. The small beetle bores a network of tunnels and short galleries called cradles. A fungus is responsible for the blue, gray and brown streaks and decorative patch work that accompany each tunnel and adjacent wood. The streaks and patch work add a unique look to this hardwood without affecting its structural integrity. This wood is mostly found in the central part of Eastern United States.
The tunnels made from the beetles are extremely small. The infestation of the ambrosia beetle is terminated during the kiln drying process and will not start again in dry wood as the beetle needs somewhat wet wood to survive. Ambrosia beetles also infest other species such as birch, Aspen and Beech. 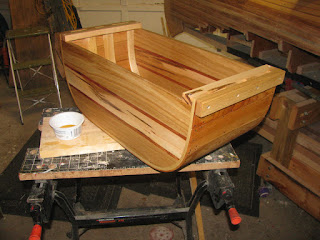 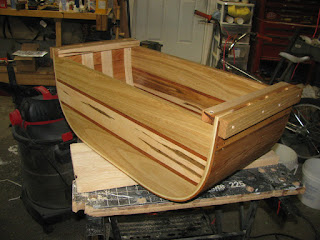 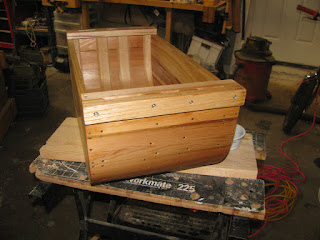 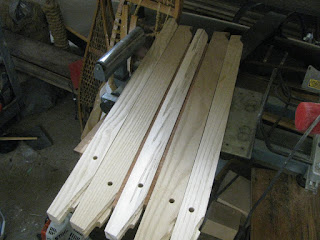 Lid ready for laminating. Two strakes of Sassafrass between the Chestnut and Mahogany 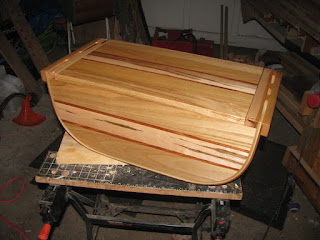 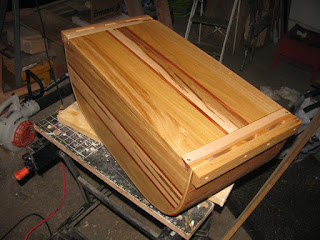 Sassafrass between the Chestnut and Mahogany, nice and straight grained. Smells great, a shame to seal it! 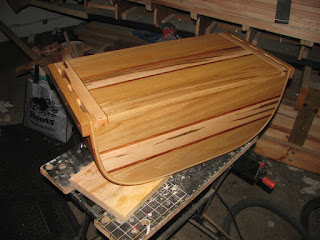 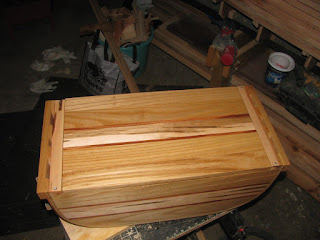 Sassafrass really shows up on the digital camera