This fall an unusual canoe was found north of cottage country, and found its way to us. Characterized by decks that are full width up front, and inlet on the back half to accept the inner rails, it was clearly a canoe made in the early part of the last century in St Louis, Missouri. Although nothing is known of its provenance except where it was collected, we would speculate that as it was in a small community north of cottage country, approx 3 hours north of Toronto, it is possible and probable that it was first brought to Canada in the 1920s or 30s by an American cottager around Muskoka.  With significant tarrifs on US boats during this time period, there was no importer nor dealer network. As such, American boats of this period are rare.  We were pleased to acquire it, and have since moved it on to a new owner.  Below are some of its characteristics. 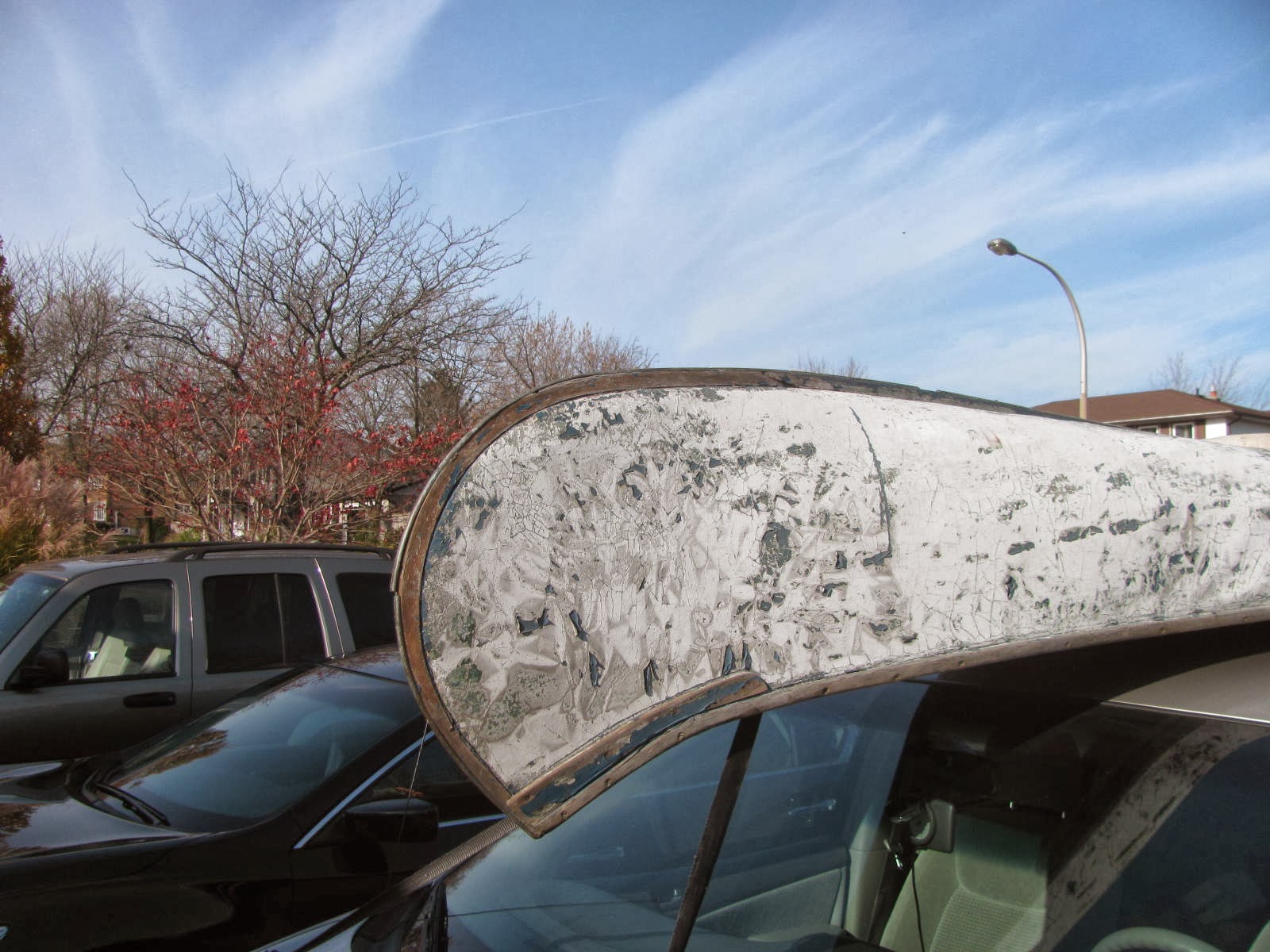 How many canoes has the roof of the van seen? Number is always climbing! 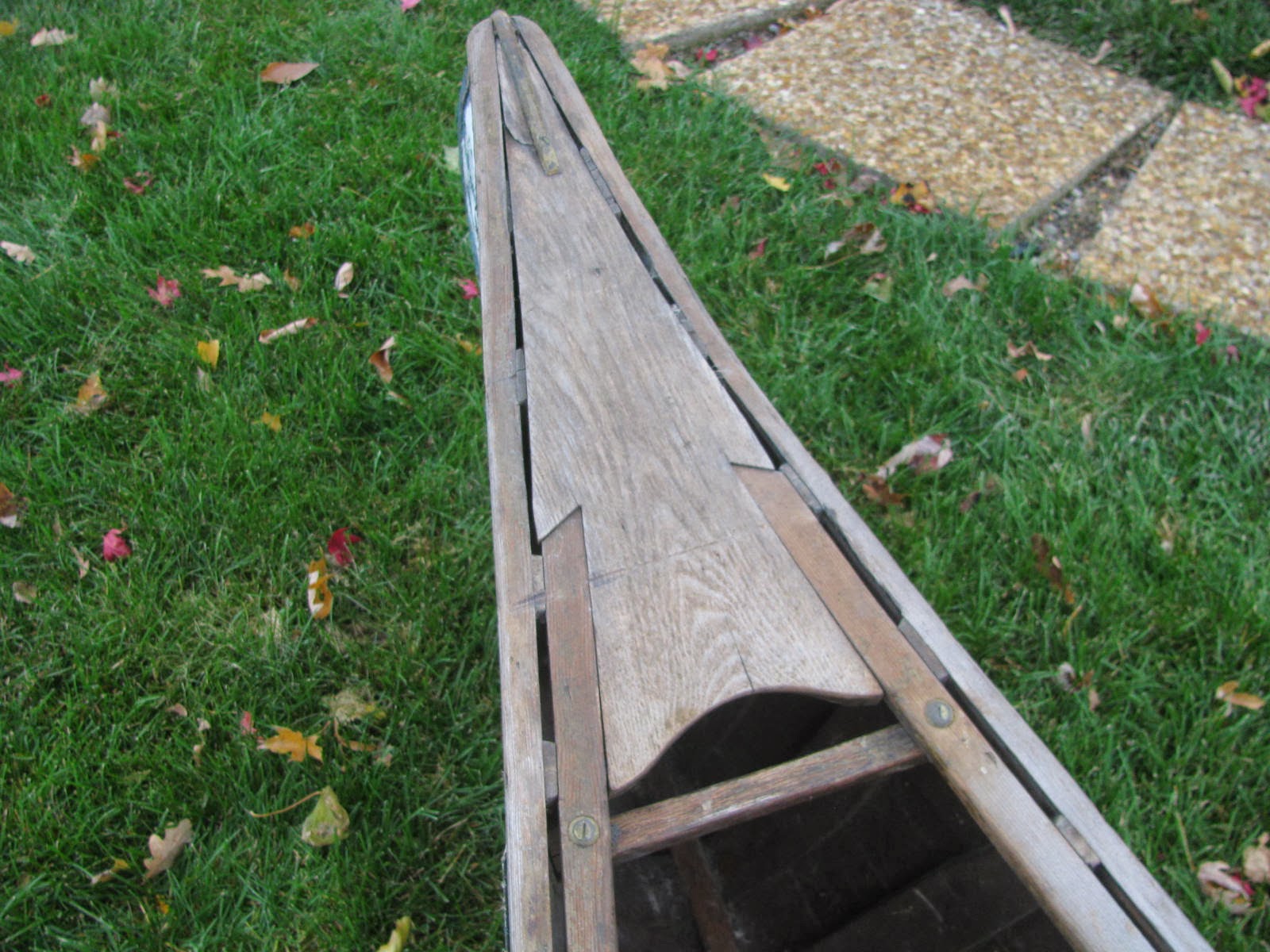 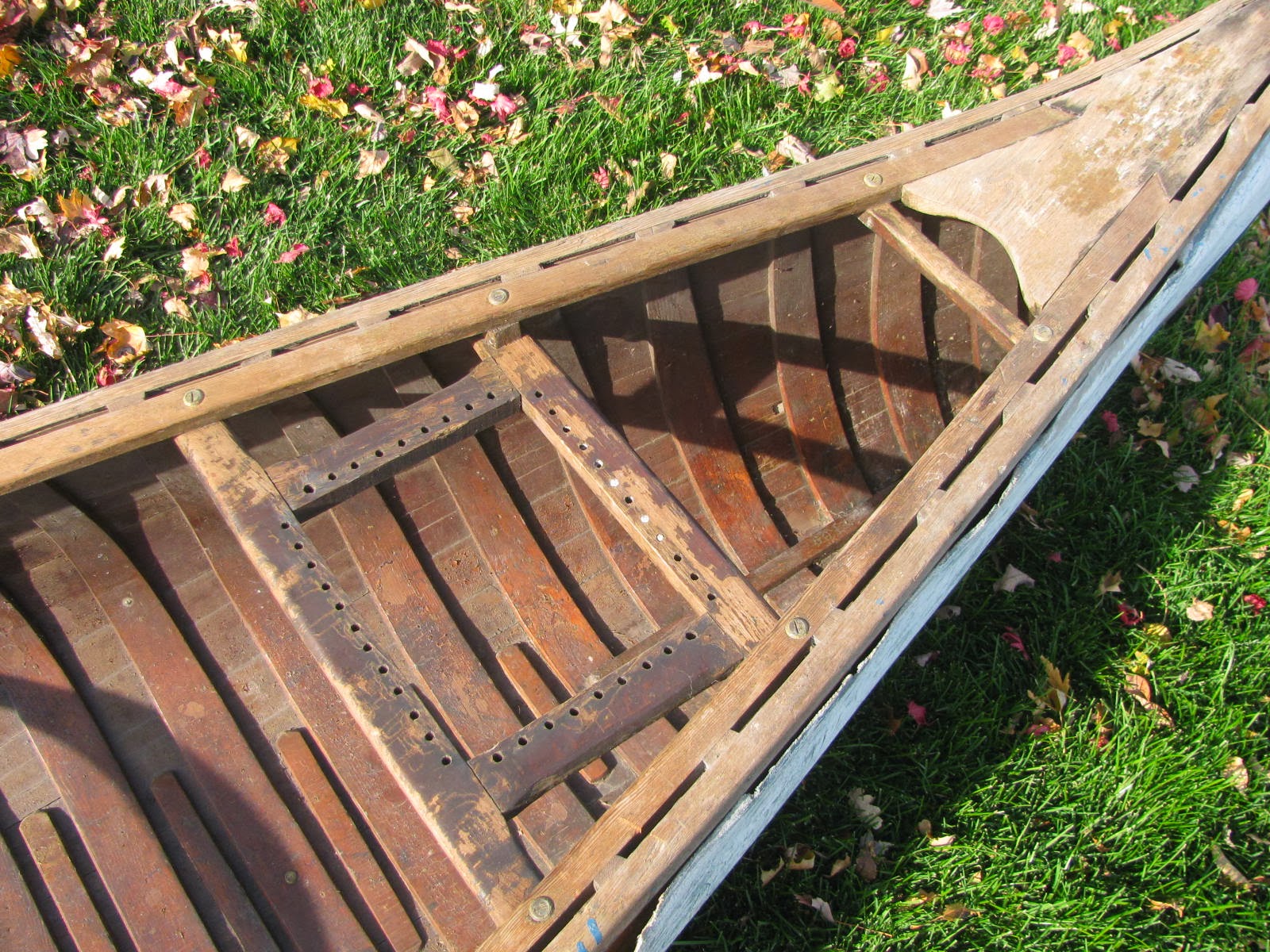 Remnants of stain, making for a nice dark interior 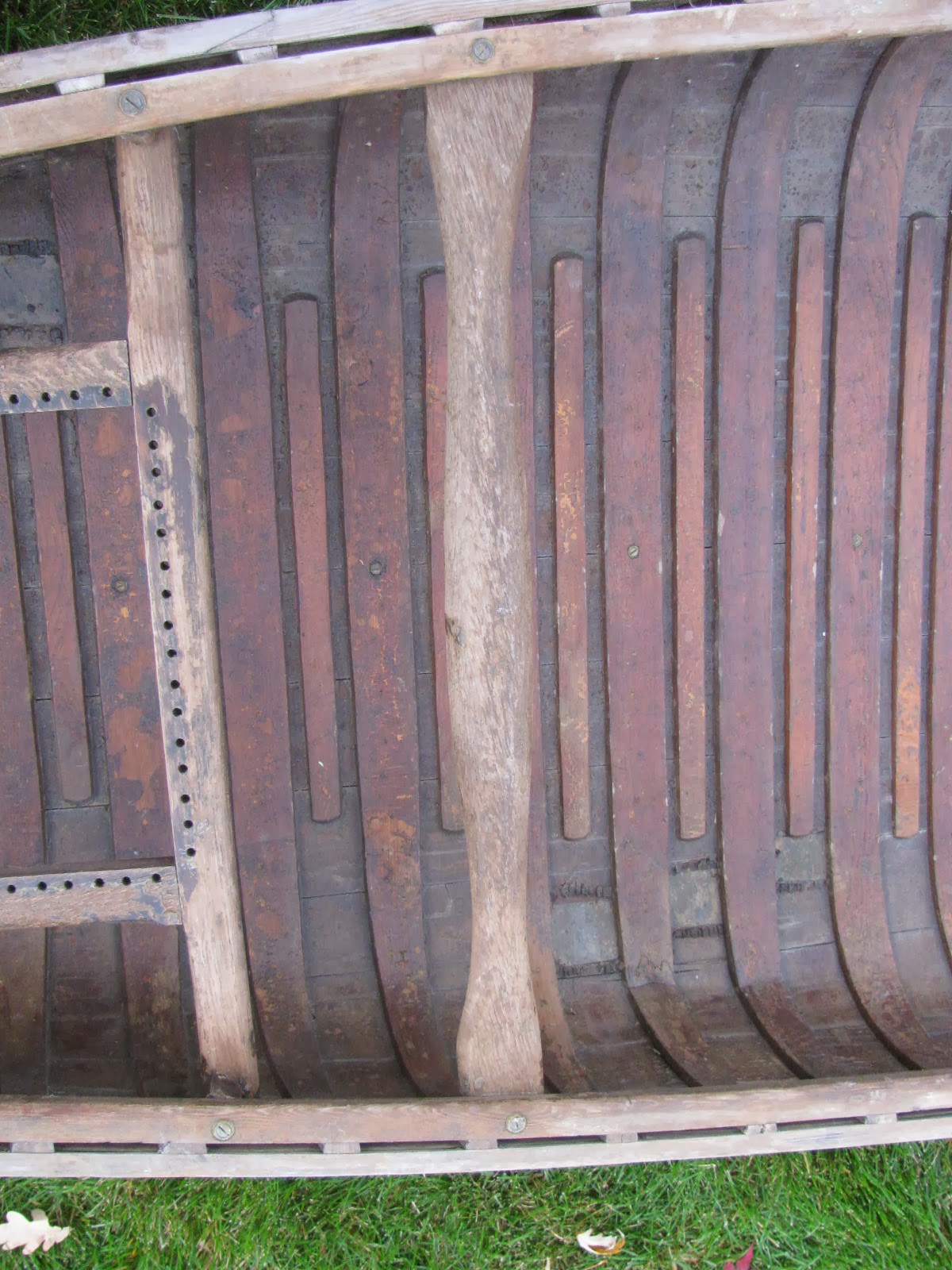 Half ribs, a distinctly American feature 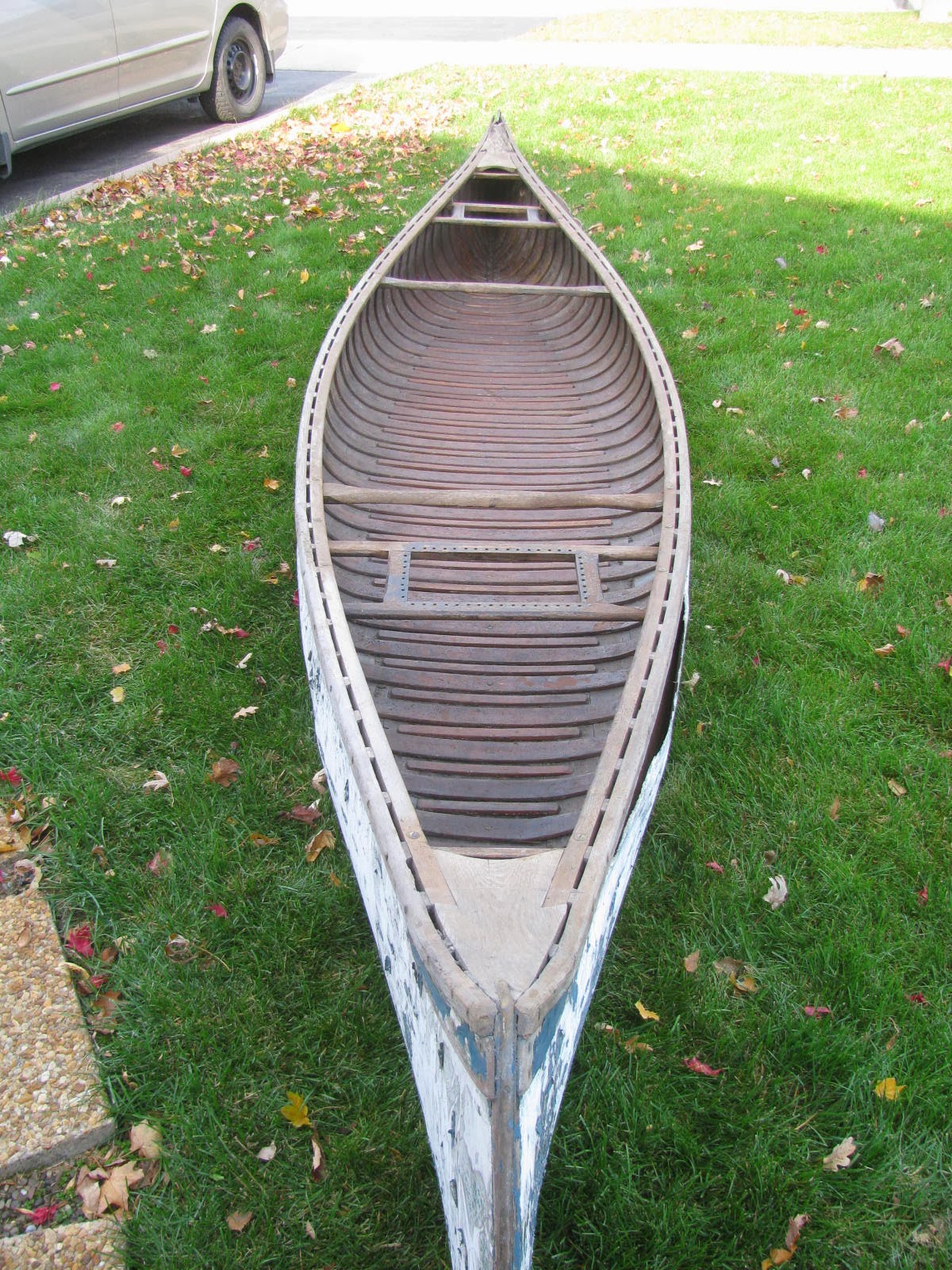 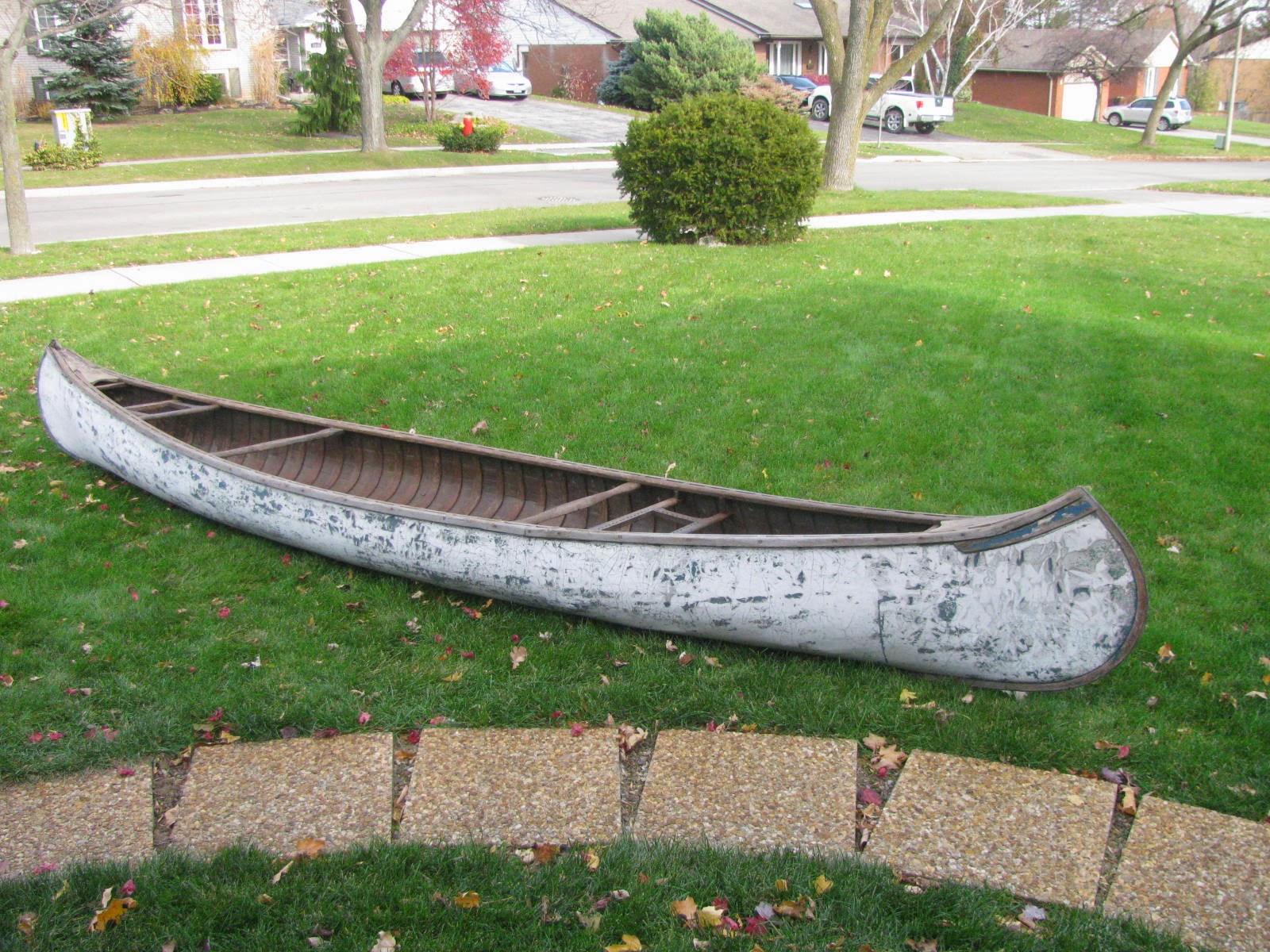 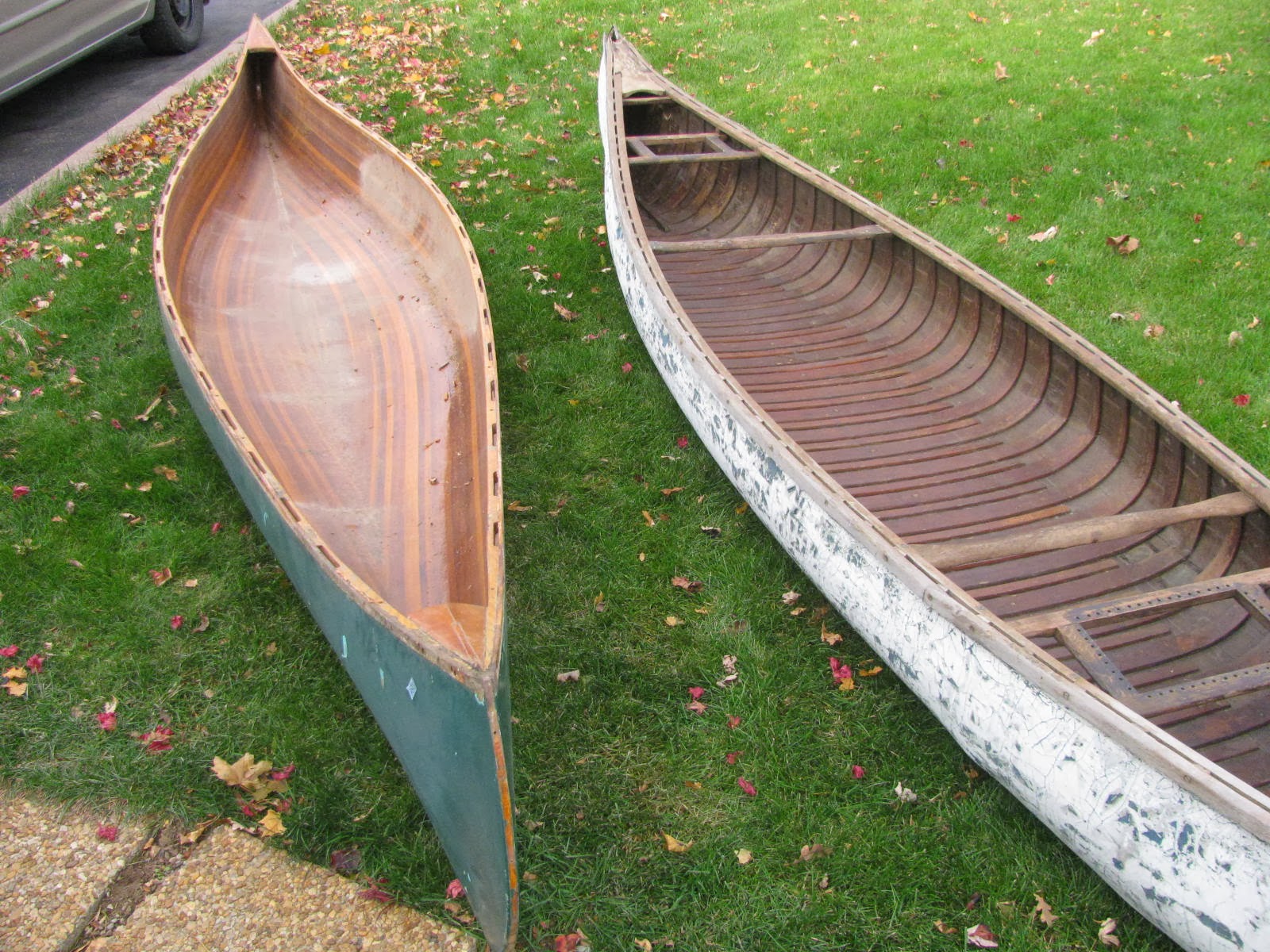 Much nicer lines than a modern stripper canoe 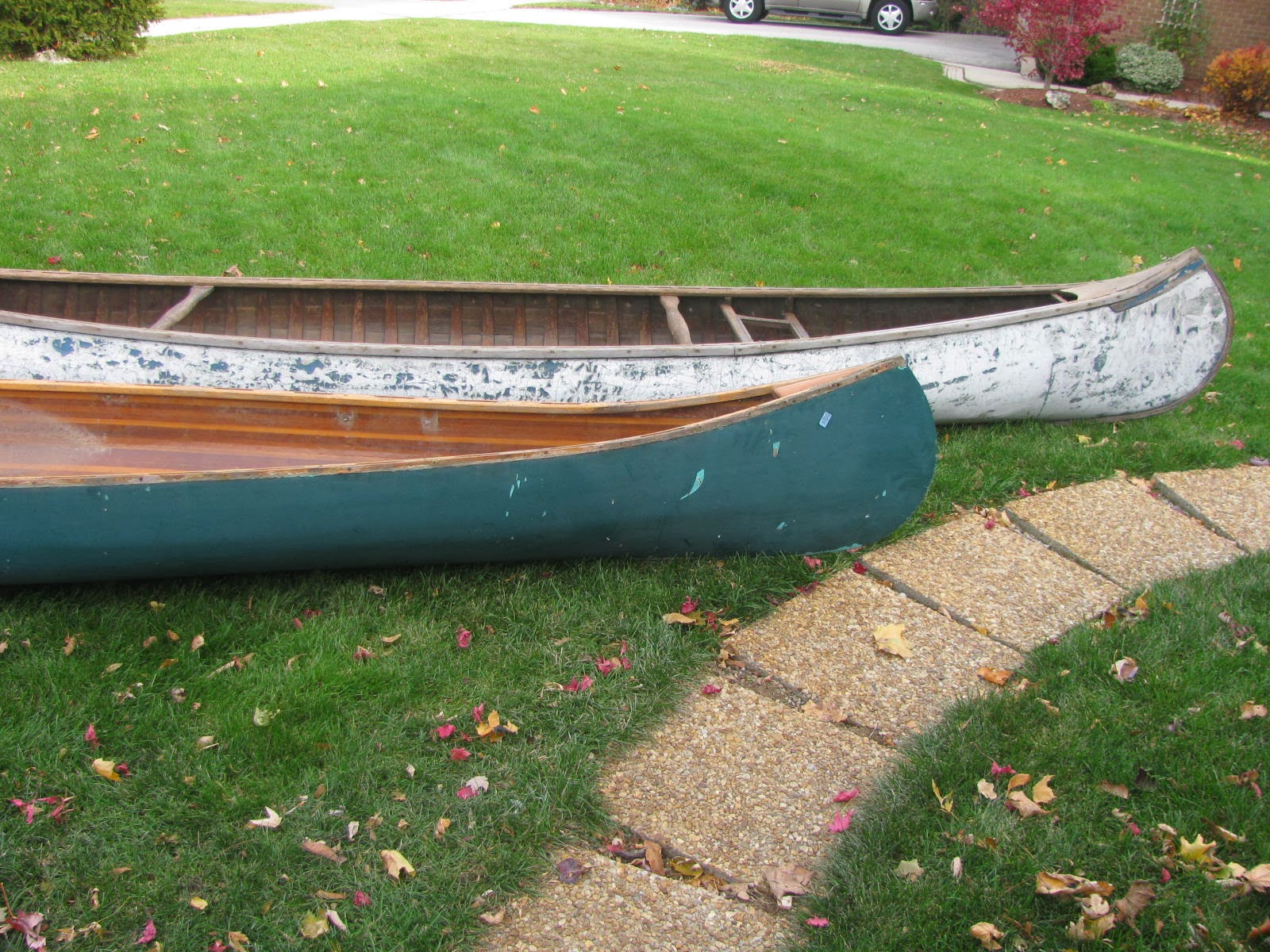 Nice sheer and upturn in the ends

A great find, although needing a complete restoration and over a dozen ribs and planking, this old girl was in her original canvas, with the extra cost options of half ribs and outside stems.
We enjoy discovering new (old) canoes and boats, if you have or know of one for sale we would appreciate hearing from you. A lot of these old boats deserve to get back on the water, and to have their history perserved.