Some of my Sailing Canoes

Once in a while posting in a blog can be enjoyable, while reviewing the photos and material. Its easy to get excited about these, which are a significant part of my collection. While i work on, and will always enjoy paddling canoes, i am drawn to sailing canoes above all. I have kept several historic paddling canoes but the next few projects will be sailing canoes. 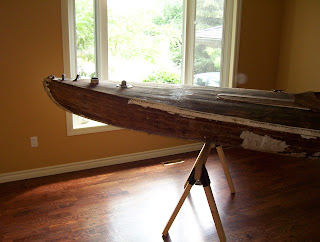 These shots are in another post, of a home we renovated after purchasing several years ago. This is what my understanding wife came home to, and was less than impressed. A great photo op, it was necessary temporarily as the garage was full of tools and materials. Personally i thought it made the room and really picked up the hardwood floor. It was subsequently removed to allow for furniture and the other trappings of life. 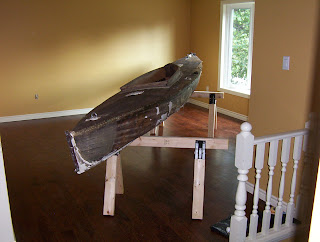 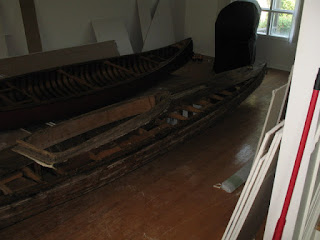 Flash forward 6+ years later, and another home renovation saw it sneak back in. Same reaction, same end result - relagated to the shop, despite my best efforts to demonstrate the aesthetic value it brought to the room. 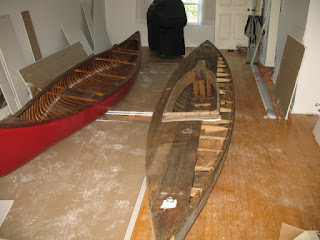 Nice indoor display of a racing decked sailing canoe, complete with ribbons! This was the display i was going for but have been, to date, thwarted.

A wonderful shot of a Fred Gilbert- built sailing canoe before the decking and cockpit floors are in. Gilbert built some great sailing canoes, including championship winning boats, in the early part of the last century.


Another shot, presumably of the same boat, 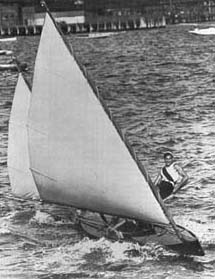 An oft-seen photo of Leo Friede, a champion canoe sailor on his boat Mermaid, sometime around 1920, +/- 10 years. This is a perfect example of the sliding hiking board, which was developed in order to balance the 90sq ft of sail carried on two masts. This was the standard ketch rig, until Uffa Fox and the Brits campaigned sloop rigged planing canoes in the 1930s, making this rig non competitive and hence obsolete. 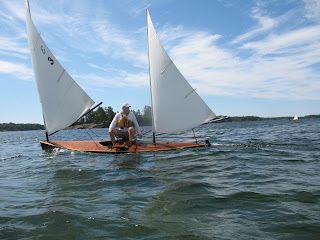 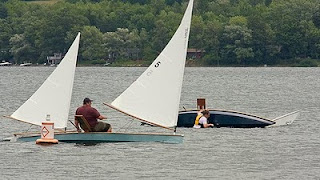 The initial learning curve is steep, wet and loads of fun. 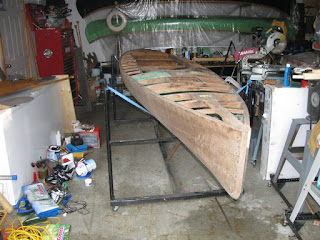 Besides having a working replica, I was fortunate to locate an original complete boat. The only thing missing were the sails, understandable after close to 90 years.  Much of the decking, 1/4" mahogany, was with the boat but had been removed and was in poor shape. The batten seamed cedar hull, however, is in remarkable condition. 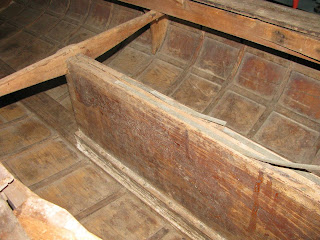 This early boat does not share the self draining cockpit of the Gilbert boats pictured above, but is open with the centerboard trunk stayed off with a thwart, and evidence of floorboard clips to hold them in. 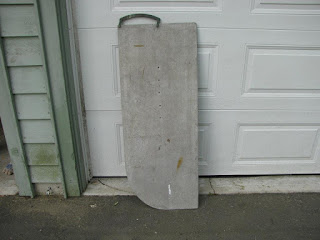 A massive centerboard, it is also drilled for several height positions. They do not pivot, so a grounding would not be advisable! 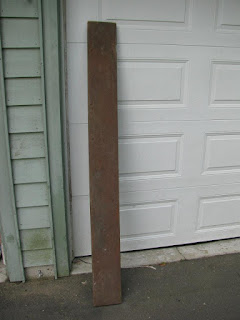 Slender, long hiking board, with rails underneath for holding the seat bridge. 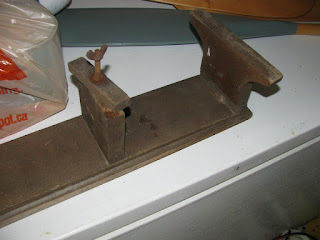 Details of the seat bridge, rabbeted to accept the rails of the sliding seat. The outer ear rests on the hull, and the wing nut and bolt connect it to cleats on the inside of the coamings. 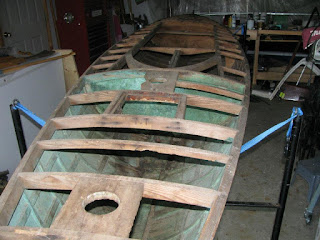 Deck framing showing both forward mast positions, and bulkheads. These boats would leak constantly, due to the immense wracking strains placed on them but the large sail area and skipper hiked out on the board. This one has no solid kingplank, only filler pieces between the beams, and the deck skin to provide rigidity. 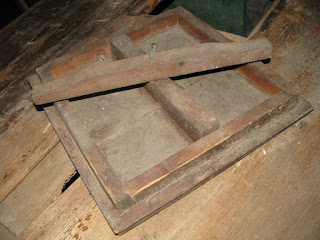 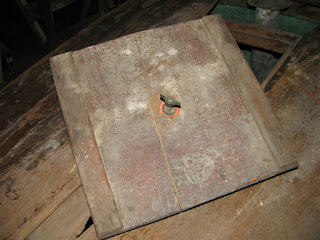 Hatches, fore and aft on this boat, would have given access to the sealed areas behind the bulkheads to facilitate bailing them out. 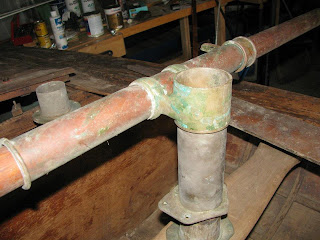 Norwegian tiller, which connects to the rudder around the mizzen mast, and is behind the sliding seat. 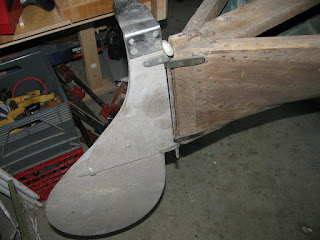 The rudder on this boat is of the kick up style, whereas many are solid. This prevents the rudder needing to be removed on encountering shallows.

The owner of this boat knew nothing of its origins or race history, having been collected by his father many decades earlier when he was a young boy. His father had maintained it posessed a winning history, but no record was kept. He was not a sailor and did not campaign it, but kept it for probably 50years until his passing. A quick search of the ACA records have not readily revealed its builder or owner, so it will be the subject of a trip to the New York Historical Society's records to pour over their large collection of American Canoe Association records, in order to try to determine its provenance.