Pack canoes, small single seat canoes designed to be used with a double paddle, enjoyed immense popularity from the late 1800s through the early 1900s. Graceful, made of wood and offering a comfortable seating position and the use of a kayak style double paddle they were easy to carry, launch and retrieve and quick to paddle.  Many companies today are enoying a resurgence of what they are calling a Pack canoe, styled after a type referred to as a Wee Lassie. Handling more like a canoe but with the agility and speed more reminiscent of a kayak they offer a less restricted seating position. When this 11.5 foot cane presented itself for well under $200 we knew it was a candidate for modifying into one of these great canoes. 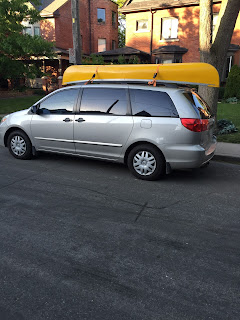 Under 12' doesnt take much room on top 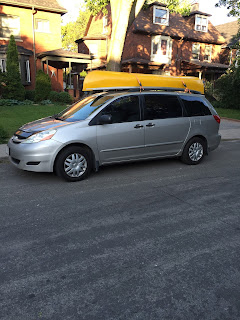 Another retrieval with the van, looking good after 11 years and 320k kilometres 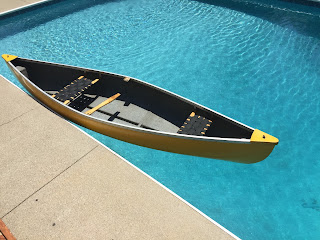 Originally set up with 2 seats, its hard to imagine anything other than small kids paddling it. 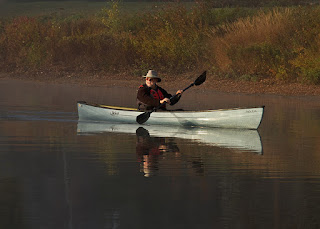 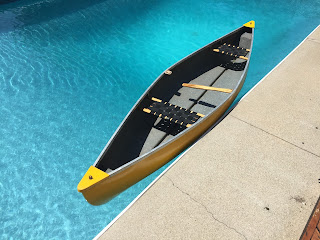 Modifications will include removal of seats, broken thwart, decks and aluminum gunwales. Sheer will be cut to lower the sides through the centre to give clearance for the paddle, and to make it a prettier boat overall. Wood rails in either ash or cherry (havent decided yet) will be added, minimal wood decks, finely shaped thwarts on either end along with a new seat. Finally felt skid plates will be added to either end. All at modest cost, the most expensive piece will be the seat. 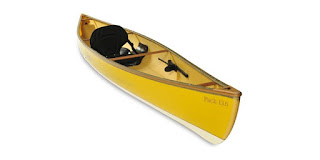 Swifts version that ours will be moified to resemble, including pulling in the rails to narrow the hull midships

A solo pack boat loaded for a camping trip.